All Bentonville sixth-graders to get pre-AP science 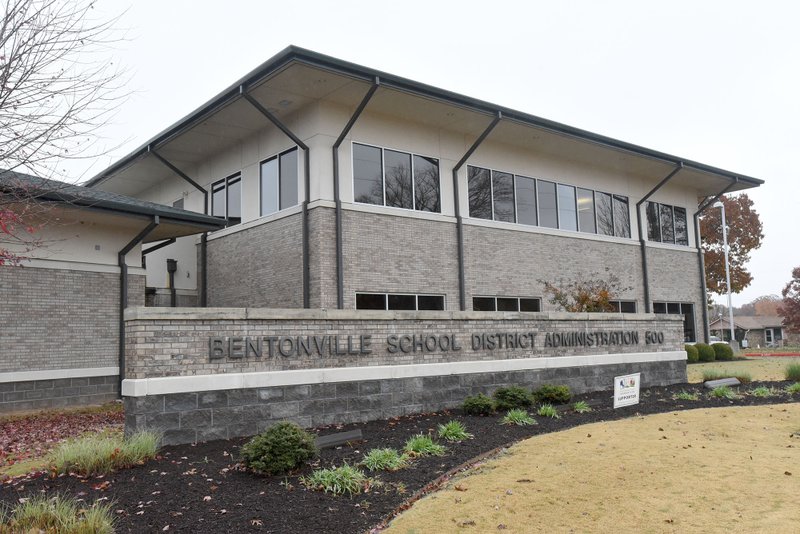 BENTONVILLE -- Every sixth-grader in the School District will take an advanced course in science starting this fall, part of the district's attempt to increase academic opportunities for all students.

The district currently offers two levels of science in sixth grade. The lower-level course will be eliminated for the 2018-19 school year and every student will be enrolled in the more advanced class commonly referred to as "pre-advanced placement," said Matt Saferite, director of middle-level education.

"This decision is based on the belief all kids can be successful," said Saferite, presenting the plan to the School Board at its Jan. 18 meeting. "It's on us, the adults in the district, to provide the support that will allow that."

District officials believe by exposing students to the more challenging class early in their education, they will be more confident about choosing similarly rigorous classes in junior high and high school, he said.

"As they're finishing the spring of their sixth-grade year and planning for seventh grade, we want every student to [say], 'I can do pre-AP. I know what it is, I know what it entails, and I know I can do it.' And the proof is they are in the midst of being successful in it," Saferite said.

ACT, the organization responsible for the ACT college admissions standardized test, issued a report in 2008 called "The Forgotten Middle." It emphasized the level of academic achievement students attain by eighth grade has a larger impact on their college and career readiness by the time they graduate from high school than anything that happens academically in high school.

Saferite referenced that report in his explanation of the district's move.

Willie Cowgur, a board member, said he liked the plan, but expressed concern about students who struggle with science and may be tempted to give up.

Saferite acknowledged educators are concerned as well. The support provided to the students will be key, and staff members are already working on the approach they'll take, he said.

"So we'll evaluate this program and see where it goes from there," she said.

The sixth-grade science class move is one way the district is trying to engage more students in challenging work, particularly those who are economically disadvantaged.

The district's population of students in grades kindergarten through six who qualify for free and reduced-price lunch is 23.7 percent.

Many low-income students come to school without the same cultural experiences as their wealthier peers, leaving them at a disadvantage, said Tamara Gibson, Bentonville's director of elementary education. She listed travel, museum visits and access to reading material as some of the advantages they are less likely to experience. Teachers are less likely to recognize gifted students, she said.

The elementary schools adopted the HOPE Scale this school year for use in identifying students for the gifted program. The HOPE Scale asks teachers to rate students on 12 traits and behaviors in relation to other children similar in age, experience, and/or environment.

The intent of the scale, developed at Purdue University, is to assist educators in recognizing potential among students who are low-income or minorities, populations typically underrepresented in gifted programs. Students are rated based on factors such as self-awareness, leadership, compassion for others and eagerness to explore new concepts. Teachers are specially trained on how to use the scale.

Bentonville screens all students in the second grade for participation in the district's gifted program for grades two through five at the TREC Center for Gifted Education. Students who pass the screening are invited to take a test to qualify for the program.

Ninety-eight second-graders were placed in the TREC program this year, seven of whom were considered low-income. Four of those seven students made it into the program because of the HOPE Scale, Gibson said.

Ten percent of elementary and middle school students are in the gifted and talented program.

One is NWA Project Pipeline, paid for by the Walton Family Foundation and the University of Arkansas. The program supports and nurtures low-income students and helps get them on a path toward a college education, Morrow said.

Forty students from the district -- 20 from each high school -- will get individualized college coaching starting in 10th grade. They will meet at least four times per semester with someone who talks the student through financial aid, scholarship opportunities, career interests and college admission essays, she said.

Recruitment events for the program were held the past two weeks. There are 269 10th-graders in the district who qualify for free and reduced-price lunch, Morrow said.

The district also is participating in a national initiative called Lead Higher, which encourages students from different ethnic and economic backgrounds to take the most rigorous courses available at their schools.

The Lead Higher Initiative, started by the nonprofit organization Equal Opportunity Schools, is based on research showing academic intensity in high school drives college completion more than any other factor.

Print Headline: All Bentonville sixth-graders to get pre-AP science