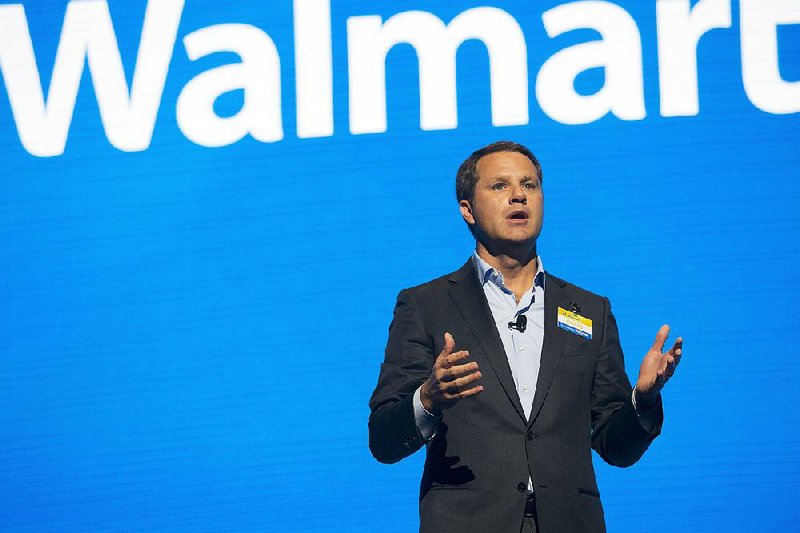 Employees at 63 Sam's Clubs across the U.S. were informed by the company Thursday that their stores were either being closed or converted into e-commerce warehouses.

The Bentonville company -- which is the warehouse division of Wal-Mart Stores Inc. -- told workers of the plans after a review of its store portfolio. Wal-Mart said 63 of the company's 660 Sam's Club stores will close and about 12 of them will be converted into e-commerce centers as the retailer consolidates its footprint and fuels its online business.

The closings came the same day Wal-Mart announced plans to raise its minimum wage to $11 an hour for all U.S. employees in February, hand out bonuses of up to $1,000 for workers, and expand its maternity and paternity leave policies because of benefits it will see from new tax legislation.

Some of the Sam's Club stores closed immediately Thursday, according to a Wal-Mart official. Others will remain open until late January before closing to customers. The decision is expected to affect thousands of workers, but the exact number was not available Thursday.

"Transforming our business means managing our real estate portfolio -- we need a strong fleet of clubs that are fit for the future," Sam's Club Chief Executive Officer John Furner said in a memo to employees explaining the decision. "After a thorough review, it became clear we had built clubs in some locations that impacted other clubs, and where population had not grown as anticipated.

"We've decided to right-size our fleet and better align our locations with our strategy."

Stores across states like Illinois, Texas, Georgia, New Jersey, Alaska and Washington were among those affected by the decision Thursday, according to numerous local media reports.

A detailed list of closings was not provided Thursday, but Worker Adjustment and Retraining Notification Act filings in various states showed a glimpse of Sam's Club's plan.

Filings posted online by the Indiana Department of Workforce Development showed three clubs in that state will close Jan. 26, affecting 419 workers. Officials in North Carolina were informed in Worker Adjustment and Retraining Notification Act filings that 336 employees will be affected by club closings in Lumberton and Morrisville. A notification in Michigan shows 330 employees at two Sam's Club stores were affected.

Sam's Club market managers wrote in those filings that the company expects the job losses to be "permanent" and that workers would have the opportunity to apply for open positions at other Sam's Club or Wal-Mart stores.

A Sam's Club in Memphis also is among the stores that will close. Furner said in his internal memo that it will be the first club converted into an e-commerce facility.

The closings were announced nearly two years after Wal-Mart shuttered 269 stores worldwide, including 154 in the U.S. as part of its efforts to streamline and reorganize its operations.

Furner said the steps now being taken by Sam's Club will help the company narrow its focus and invest more in e-commerce, store remodeling and in-store technology. They'll also put more of their efforts into areas like fresh food, private-label offerings and improved merchandise.

The company will place as many affected workers as possible in new roles at nearby locations and will provide "support, resources and severance pay to those eligible," according to Furner.

"We know these decisions impact people we care about deeply -- our associates and their families, as well as our members and their neighbors -- and we did not make them lightly," Furner said.

Brian Yarbrough, a retail analyst for Edward Jones, said the move is a sign Sam's Club expanded too much in its heyday. While the decision to close stores and convert others is difficult for affected employees, it will provide Sam's Club with a more focused portfolio.

"You've closed the ones that are either unprofitable or not making a lot of a money," Yarbrough said. "And if they're converting some of them, that tells you they're all in on e-commerce."

Yarbrough believes the number of stores that are closing or being converted is "a lot." It represents nearly 10 percent of its stores. But he also said it's a sign of the times in retail as companies trim down to stay afloat or shift more of their efforts to e-commerce and technology.

Yarbrough said he wouldn't be surprised to see something similar occur with Wal-Mart stores throughout the U.S. There are about 4,700 Supercenters, Neighborhood Markets, discount stores and other formats operating under the Wal-Mart banner.

"At some point there's going to be an announcement about Supercenters closing, too," Yarbrough said. "There's just no way you need 3,900 discount stores and Supercenters."

The news came shortly after Wal-Mart revealed its third pay increase since 2015 and attributed it to the new federal tax structure, which has lowered the corporate rate from 35 percent to 21 percent.

Chief Executive Officer Doug McMillon said the tax change gives Wal-Mart "the opportunity to be more competitive globally and to accelerate plans for the U.S. It includes building on investments the company has been making in employee wages and skill development.

Three years ago, Wal-Mart increased minimum pay to $9, and then moved it the next year to $10 for employees who completed a training course. It was part of the company's $2.7 billion investment in employee wages and training.

The jump to $11 will help the company as competition for retail workers increases, according to Yarbrough. Target Corp. raised its minimum wage to $11 an hour in October and plans to push it to $15 by 2020. Wal-Mart's latest wage increase will raise its average hourly pay for full-time U.S. store workers to about $14.50 an hour, according to a spokesman.

"Tax reform makes it easier to do," Yarbrough said. "Target can't be at $15 and Wal-Mart at $10, there's no way. This is just the beginning. I don't think they wanted to jump to $12 at this point because no one else is there, but I think in the next year or two you're going to hear them talk about $12, and it's going to be $13. They're going to have to be competitive with Target."

Employees who don't benefit from the minimum-wage increase will receive one-time bonuses of up to $1,000, which will be based on length of service. The bonuses, McMillon said, will range between $200 and $1,000. Employees who have been with the company for 20 years or more will receive $1,000.

Wal-Mart said the minimum-wage increase will add about $300 million to its annual expense, while a one-time charge of $400 million for the bonuses will be applied to the current quarter, which ends Jan. 31.

"We are early in the stages of assessing the opportunities tax reform creates for us to invest in our customers and associates and to further strengthen our business," McMillon said in a statement. He said Wal-Mart also is considering investments in "lower prices for customers ... and investments in the future of our company, including in technology."

Wal-Mart joins several other companies to announce plans to raise wages or offer bonuses to employees since the new tax legislation was signed last month by President Donald Trump.

AT&T announced $1,000 bonuses for its employees the same day, while Wells Fargo said it plans to raise its minimum hourly wage for about 36,000 workers from $13.50 to $15. Aerospace leader Boeing said it plans to spend millions of dollars more on employee training.

"Wal-Mart's quick reaction to the new law is exactly the response we expected under the tax cut," Gov. Asa Hutchinson said in a statement posted on Twitter. "I'm proud that Arkansas' largest corporate citizen is leading the way in putting more money in the pockets of its hard-working employees."

Not everyone applauded the move. Making Change at Walmart, the campaign backed by the United Food and Commercial Workers International Union, said the retailer still isn't investing enough in its employees.

"While pay raises are usually a good thing, this is nothing but another public relations stunt from Walmart to distract from the reality that they are laying off thousands of workers and the ones who remain will continue to receive low wages," said Randy Parraz, director of Making Change at Walmart. "The fact is that Walmart is not permanently investing the estimated $2 billion it will receive annually from Trump's tax giveaway to its workers -- it is keeping almost all of it."

But Republican lawmakers pointed Thursday to Wal-Mart's plan as a victory for the new tax law.

"Our tax code now rewards businesses for expanding opportunity, and Wal-Mart is rightly passing on those rewards to its hardworking employees. I'm glad to see one of our state's biggest employers putting money back into its workforce, and I'm especially glad to see hardworking Americans get their due," Sen. Tom Cotton, R-Ark., said in a statement.

Sen. John Boozman, R-Ark., said in an interview that the minimum-wage increase and one-time bonuses for Wal-Mart workers are "important things" that the company's workers "really appreciate." Boozman predicted other businesses will follow Wal-Mart's lead.

He also said Wal-Mart's move suggests that the U.S. economy is headed in the right direction.

"They're pretty good about reading the tea leaves of the future because they do so much business with middle America," Boozman said. "I think that that's a good indicator that we're off to a good start of this year."

Information for this article was contributed by Nathan Owens, Dalton LaFerney, John Magsam and Frank E. Lockwood of the Arkansas Democrat-Gazette. 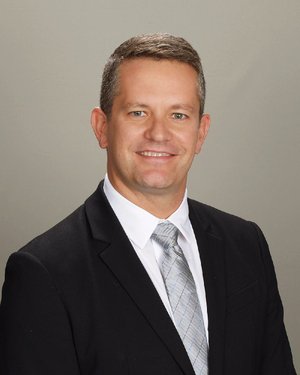