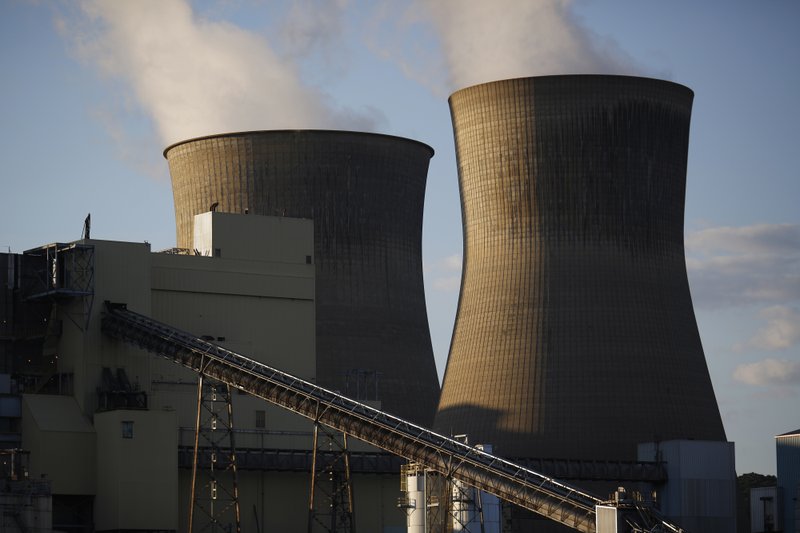 President Donald Trump plans this week to unveil a proposal that would empower states to establish emission standards for coal-fired power plants rather than speeding their retirement -- a major overhaul of former President Barack Obama's signature climate policy and one that stands to significantly increase the release of carbon dioxide into the atmosphere.

Trump plans to announce the measure as soon as Tuesday during a visit to West Virginia, according to two administration officials who spoke on the condition of anonymity because the White House was still finalizing details Friday.

The Environmental Protection Agency's own impact analysis, which runs nearly 300 pages, projects that the proposal would make only slight cuts to overall emissions of pollutants -- including carbon dioxide, sulfur dioxide and nitrogen oxides -- over the next decade. The Obama rule, by contrast, dwarfs those cuts by a factor of more than 12.

The new proposal, which will be subject to a 60-day comment period, could have enormous implications for dozens of aging coal-fired power plants across the country. EPA estimates the measure will affect more than 300 U.S. plants, providing companies with an incentive to keep coal plants in operation rather than replacing them with cleaner natural gas or renewable energy projects.

By 2030, according to administration officials, the proposal would cut CO2 emissions from 2005 levels by between 0.7 percent and 1.5 percent, compared with a business-as-usual approach. Those reductions are equivalent to taking anywhere from 2.7 million to 5.3 million cars off the road.

By comparison, the Obama administration's Clean Power Plan would have reduced carbon dioxide emissions by roughly 19 percent during that same time frame. That is equivalent to taking 75 million cars out of circulation and preventing more than 365 million metric tons of carbon dioxide from entering the atmosphere.

Under the EPA's new plan, sulfur dioxide and nitrogen oxides that help form smog would be cut between one percent and two percent by 2030 compared to 2005 levels. Under Obama, the agency projected its policy would reduce those pollutants by 24 percent and 22 percent, respectively, by the end of the next decade.

EPA did not respond to a request for comment, and the White House said it was looking into the matter.

Elements of the proposed rule were first reported by The New York Times on Friday evening.

Utility companies, which had joined states in suing to block the Obama climate rule, would save annual compliance costs for the industry by about $400 million a year.

Many utilities have moved to retire coal plants in recent years and switch to either natural gas or renewable power, which are now more economically competitive. But the proposed rule, which focuses on improving their heat efficiency and would allow for upgrades without triggering the kinds of pollution controls currently required under federal law, could shift that dynamic.

Since the outset of the administration, officials have said they intended to replace the Clean Power Plan because EPA exceeded its legal authority in crafting the policy. The rule, which has been stayed by the U.S. Supreme Court, established a program under which states could achieve emissions reductions by having utilities promote energy efficiency or build renewable power projects such as solar or wind.

Utility industry executives hailed the administration's proposal as one that adheres to the law and would ease the financial crunch they would have faced under a more sweeping rule. Jim Matheson, chief executive of the National Rural Electric Cooperative Association, said in a statement Saturday that it appears the measure will "provide electric co-ops the certainty and flexibility they need to meet their consumer-members' energy needs."

"The Clean Power Plan would have resulted in stranded assets and stranded debt, significantly increasing electricity costs for many consumers," added Matheson, whose members get 41 percent of their energy from coal-fired generation.

The proposed rule, which does not yet have a name, has a 200-page preamble laying out EPA's reasoning for the sweeping changes.

Rather than identifying specific reduction targets and then tasking state officials with devising plans to achieve them, it will define what constitutes the "best system of emission reduction" that utilities can undertake with technology that has been demonstrated to work. States will conduct a unit-by-unit analysis of plants in their state and will have three years to develop a plan to make their operations more efficient.

EPA will have one year to determine whether to approve a state's plan, and if it does not meet the agency's guidelines the EPA will have another year to impose a federal plan on the state.

As a result, it is difficult to determine exactly when the new measure will be fully implemented. While the proposed rule analyzes its impacts through 2035, officials said, it may not be fully compliant until 2037.