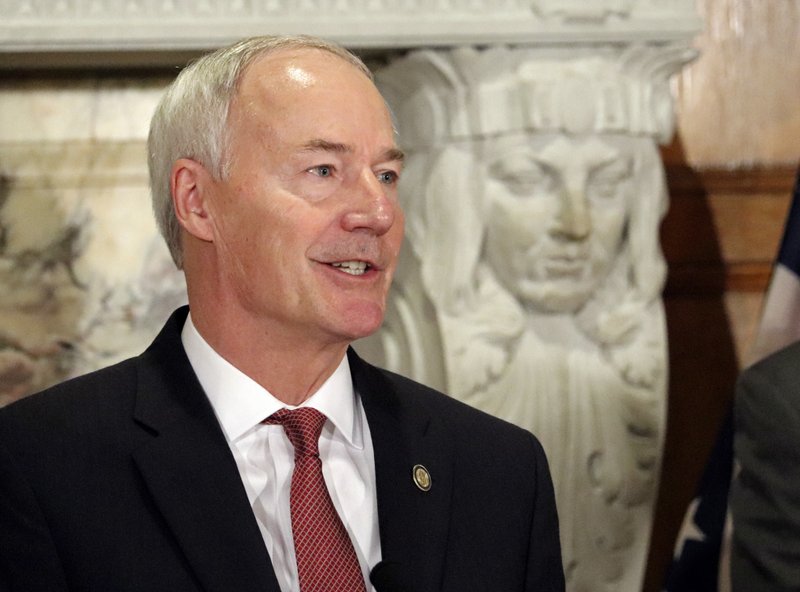 Gov. Asa Hutchinson on Friday won the Legislative Council's approval of his plan to use $21.9 million of the state's "rainy day" fund to guarantee that the Arkansas Department of Transportation has enough matching funds to obtain $200 million in federal highway money.

During the council's meeting, Senate Democratic leader Keith Ingram of West Memphis asked about the original source of the funds that ended up in the rainy day fund and will be used for highway funds. Rainy day funds are monies set aside by the state to cover emergencies and other priorities.

The state's budget administrator Duncan Baird said, "When we proposed the biennial budget, we proposed allocating some one-time funds for [the state Department of Human Services' Medicaid program]. It was a total of $90 million.

"So as we approached the end of [fiscal] 2018, we understood that that funding wouldn't be needed or used or at least a portion of that, so we were able to utilize some of that set-aside funding to meet the highway needs."

Ingram said, "I didn't know that we had so many rainy day funds."

The governor's 2016 highway plan requires 25 percent of the state's general revenue surplus each year and $20 million a year in interest earnings from the treasurer's office. The money is used by the Department of Transportation to match federal highway funds. The plan also reallocates several million dollars a year in diesel and sales tax for the match.

But the department didn't receive any surplus funds after fiscal 2018 ended on June 30, based on state officials' interpretation of the 2016 law. While state general revenue came in above forecast, it didn't exceed the maximum allocation in the law, after factoring in a $43 million cut in the fiscal 2018 budget, according to Hardin.

General revenue exceeded the forecast by $41.7 million. Of that money, $4.4 million was kept by the public school fund, state library and school facilities. The rest will be available to spend if the Legislature and governor enact authorizing legislation.

In fiscal 2019, which started July 1, the state's Revenue Stabilization Act would set aside $16 million of what the governor considers surplus revenue to help match federal highway funds, and $48 million for a restricted reserve fund that the governor said would set the stage for future tax cuts.

Since February, Hutchinson, who is seeking re-election this year, has said he wants the 2019 Legislature to pass his plan to cut the top individual income tax rate from 6.9 percent to 6 percent, which he projects will reduce revenue by about $180 million a year.

He also has signaled that he wants the 2019 Legislature to refer to voters a plan to address highway funding needs.