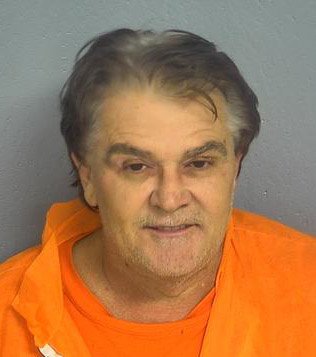 FAYETTEVILLE -- A company receiving $400,000 in state grants later hired the fiancee of the state senator who approved most of the money. 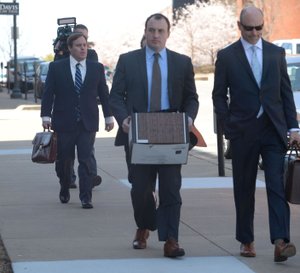 Ten current or former legislators directed state grants to Ecclesia College from 2013 through March 2015 totaling $617,500. The figure doesn’t include $100,000 the college received where records are unclear who directed the money.

Woods is on trial in federal court in Fayetteville for taking kickbacks in return for state General Improvement Fund grants. One of those grants was for $400,000 to AmeriWorks of Bentonville, a grant that includes a portion approved by then-state Rep. Micah Neal. AmeriWorks was a company founded by Cranford after the Arkansas grant had already been approved at Woods' and Neal's request, grant and state incorporation records show.

Cranford is under federal indictment in Missouri for nine unrelated bribery charges.

Tammy Pierce of Fayetteville works in the human resources department at Dayspring's parent company, she testified late Monday. She was there in 2014 and described applicant Christina Mitchell as Woods' girlfriend in her testimony. She said Mitchell dropped off her application at Dayspring offices soon after Cranford's email. Pierce called the company's headquarters in Springfield, Mo., and was told by her director there Mitchell's hiring was already approved, she testified. Mitchell worked at Dayspring from February to June, Pierce testified.

"He approved every employee hiring," Pierce said of Cranford.

Dayspring received a 2013 grant on AmeriWorks' behalf because Cranford's company didn't have the nonprofit tax status required for a private company to receive a General Improvement Fund grant, according to grant records and court testimony.

Co-founder of AmeriWorks was the late David Carl Hayes, a Springfield accountant and former member of the board of Alternative Opportunities, Dayspring's parent company until 2015. Cranford oversaw the company's Arkansas operations, including Dayspring. Hayes killed himself in November after pleading guilty June 12 to embezzling almost $2 million from Alternative Opportunities.

In other testimony Monday, text messages between the three alleged co-conspirators in the kickback scheme show they coordinated efforts from February to October of 2014 to solicit more state grants from other lawmakers who were not a part of the plot.

Paris pleaded guilty April 4 to one count of conspiracy and will testify for the government. He resigned as Ecclesia's president and from the college's board the previous day. His sentence is pending. Paris disguised the kickbacks as consulting fees paid to Shelton's company, Paradigm Strategic Consulting, according to the indictment. Shelton then passed the money along, the government contends.

The texts between Woods and Paris placed into evidence Monday also show Woods turned to a medical marijuana legalization plan to help support Ecclesia College after both the governor and state Senate leadership announced plans in 2015 to reduce the General Improvement Fund to help pay for tax cuts.

Gov. Asa Hutchinson told Woods on July 1, 2015, he wanted tax cuts, not more grants given by lawmakers to local projects, according to a text message that day from Woods to Paris. Jonathan Dismang, Senate president pro tempore, backed the governor in what Woods described as a "very disappointing" meeting the same day.

"I think it is great to take money from Satan and [the] Kingdom of darkness and put it to [a] Kingdom of God use," Paris said in one of his replies to Woods in that day's text exchange.

The text messages show successful efforts to solicit state General Improvement Fund grants from lawmakers other than Woods and Neal.

The testimony Monday was consistent with earlier testimony in the trial by state Sen. Bart Hester of Cave Springs, who isn't implicated in the scheme. Hester testified Woods distributed his share of improvement fund money quickly after it became available, then lobbied other lawmakers who still had grant money to contribute to causes Woods supported.

The defense contends lawmakers making deals with each other is neither illegal nor unusual.

Text evidence Monday showed the discussion between Woods, Paris and Neal was as detailed as, for instance, who would call each legislative prospect and how much each lawmaker would be asked to direct to the college in grants.

In all, 10 current or former legislators directed state grants to Ecclesia College from 2013 through March 2015 totaling $617,500, according to records obtained by the Northwest Arkansas Democrat-Gazette. The records were sought under the state Freedom of Information Act from the economic development districts that distributed the grants for lawmakers. The figure doesn't include $100,000 the college received where records are unclear who gave the money.

Woods directed $350,000 and Neal $50,000 of the total. None of the other eight current or former legislators are charged with wrongdoing in the Ecclesia grants.

The amount of money Woods is accused of receiving as a kickback isn't specified in the indictment. It claims much of that money was paid in cash, except for one transaction made to Woods by wire transfer for $40,000.

In one transaction, Paris authorized $50,000 to Shelton's firm on Sept. 27, 2013 -- the same day Paris signed an agreement for the college to accept a $200,000 state General Improvement Fund grant, the indictment says. Shelton used the $50,000 that day to open an account for his business, which had been incorporated the day before, the document reads.

Less than a week later, on or about Oct. 1, 2013, Shelton transferred $40,000 by wire from that business account into the personal bank account of Woods, according to prosecutors. Defense attorneys have said the money transfers to and from Woods were loans and money to pay back loans.

Munns' evidence and testimony also showed Shelton's company was paid by Ecclesia College half of the amounts paid in grants from the West Central Arkansas Planning and Development District, along with smaller payments after other grants.

Two grants of $50,000 each are involved from the West Central district, based in Hot Springs. The records showed cash deposits of $25,000 by Shelton into the Paradigm accounts and also showed cash withdrawals from Paradigm's account of $21,000 after the first grant and $13,000 after the second.

After Shelton withdrew cash, he called Woods as quickly as six minutes later, telephone records show. The records also show Woods making cash deposits to some of his four checking accounts after those withdrawals by Shelton.

The email evidence also showed contract extensions to Paradigm with additional payments after each grant receipt by Ecclesia.