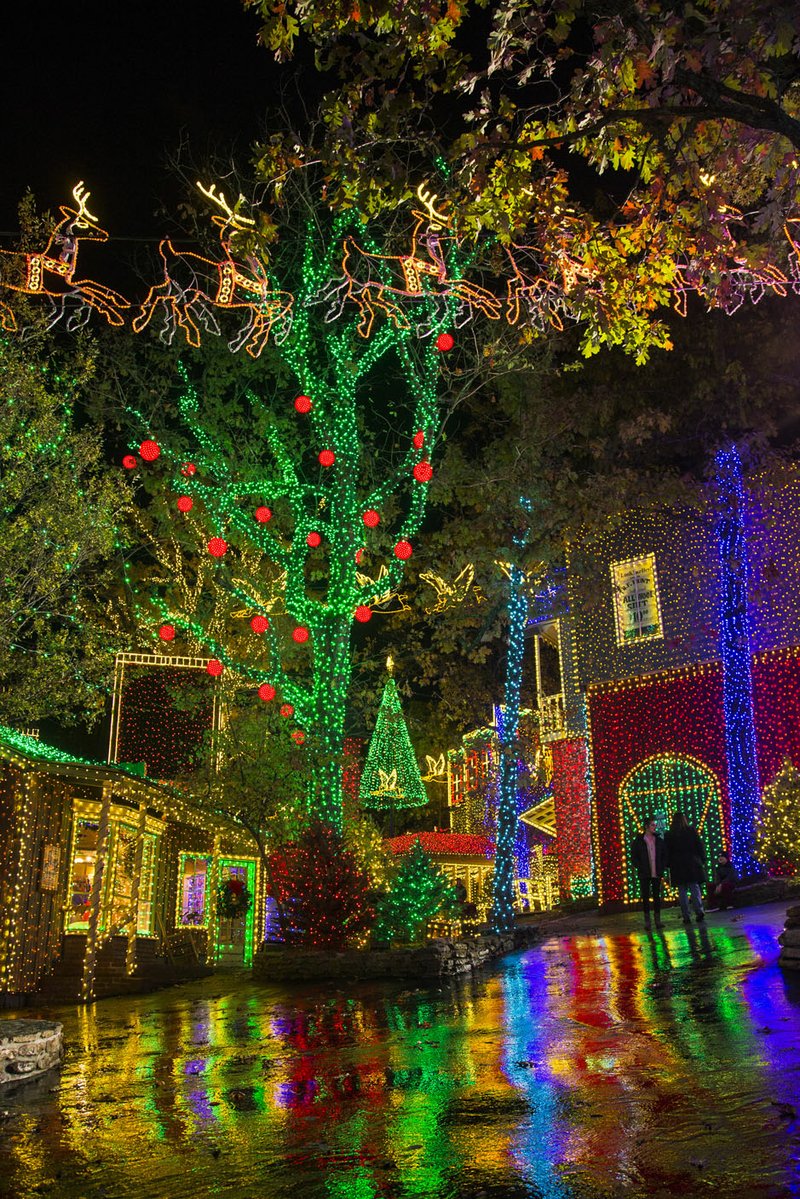 What's another 1.5 million lights when the "city" already boasts 5 million?

In the case of the new "Christmas in Midtown" display at Silver Dollar City, it's 1.5 million lights lovingly hand-placed by park employees to illuminate 30 angels, an animated reindeer pulling a sleigh, three light tunnels, two 40-foot-long moving trains, dozens of stars and snowflakes and a 90-foot tree, all gathered at the heart of the 1880s village.

Also on the holiday menu in Branson:

• The Trail of Lights at the Shepherd of the Hills, including a trip to the top of Inspiration Tower.

• “Let There Be Lights!” is the new and longest drive-through, Promised Land Zoo. 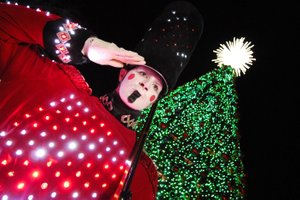 "We truly want to create an experience that takes you back in time to the perfect Christmas -- or makes this Christmas the best one ever," says Brad Thomas, president and general manager of the Branson, Mo., theme park.

Thomas has been with Silver Dollar City for 27 years, and he's seen it all -- literally. He knows how the magic happens -- and he still believes it's magical.

He knows that many of those 5 million lights are surreptitiously installed as early as the first of July -- because they do all have to come down every year and be checked, cleaned and readied to go back up.

He has seen first-hand how Silver Dollar City closes its fall celebration with craftsmen and autumn leaves and pumpkins at 6 p.m. on a Saturday and opens at noon the next Saturday decked out for Christmas -- and he knows it's a process so "intense there's even a grid that shows what direction you can drive on the streets" inside the park.

He knows that during that week, the Broadway-style stage shows -- "A Dickens Christmas Carol" and "It's a Wonderful Life" -- are putting up sets, hanging lights and rehearsing for openings in the Opera House and Red Gold Heritage Hall.

And he knows that even the scents of the city change, from skillets of goulash and fresh-baked cinnamon bread to cedar and hot apple cider.

"There are a lot of places that can do Christmas shows, can hang Christmas lights up," Thomas says. "We know that. But we want to give our guests an escape from the world of today. And when I see the lights and see our guests' faces, it's so worth the work. That's what makes my heart sing."

Adding to an already nationally renowned Christmas celebration might seem unnecessary, but Thomas also knows that a lot of people come to Silver Dollar City to celebrate the turn of every season. And he never, ever wants them to say "been there, seen that."

"And the No. 1 reason people come at Christmas is the lights," he says. "The shows are really targeted to adult couples, and families love Santa Claus and the rides. But they all love the lights. They ALL love the lights."

That being said, Thomas is already looking ahead to 2018, when the $26 million Time Traveler roller coaster opens. But he's got one more surprise under the tree for 2017 -- Silver Dollar City's first-ever New Year's Eve and New Year's Day celebration.

"The stages will change out, and the shows will be a little bit more like a New Year's Eve party," he explains, but the lights will stay on.

And he sounds as happy as Scrooge on Christmas morning.