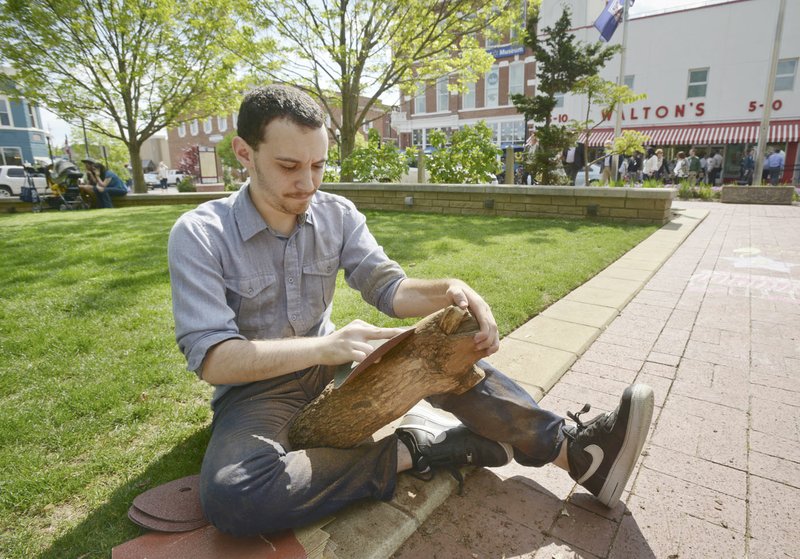 Chicago artist Emerson Sigman returns to Northwest Arkansas for the second year of Inverse. In 2016, his performance piece “True Grit” on the Bentonville square was part of the inaugural Inverse Performance Art Festival. The festival opens Thursday with performances at the Faulkner Performing Arts Center at the University of Arkansas and at Crystal Bridges Museum in Bentonville. - Photo by Ben Goff

Artist Paul Rucker was in college the first time he heard of Emmett Till -- more than three decades after the 14-year-old's lynching made national news and became emblematic of the cruelty and oppression faced by African Americans. Rucker began to realize a disconnect existed between the history we are taught and the true history of our nation. 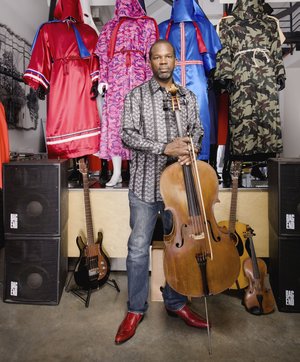 "We say that this is a great American melting pot, and that part may be true, but it was a more welcoming place for some than for others," Rucker says of the "out of sight, out of mind" mentality he believes some people have. He recognizes it can be difficult to conceive of the atrocities committed against minorities in our country's recent past, which only enhances the importance of telling such stories in his works.

‘Stories From the Trees’

WHERE — Crystal Bridges Museum of American Art in Bentonville

COST — $10; free for guests who register online and present a confirmation ticket at the door

Rucker adds his visual and musical skills to the lineup of the second year of the Inverse Performance Art Festival with his piece "Stories From the Trees," presented during a session from 7 to 10 p.m. Thursday at Crystal Bridges Museum of American Art.The work features Rucker playing the cello live to animated re-imaginings of vintage postcards which depict lynchings as an entertainment spectacle.

"It's heavy but strangely, no more heavy than real life," Rucker says of the animations. "Our real life is far more heavy and far more disturbing in some ways, and I'm just reflecting real life from the past -- a past that we think we've evolved from. But people are murdered every day for various reasons. And you think with our modern, advanced minds that we have transcended, moved beyond that. But we have not."

"I've been really working on putting together something that explores a range of emotions and presents work that is challenging," co-curator Cynthia Post Hunt says of the festival's expanded second year. "Some of the work is heavy and may be a little bit hard to digest initially, but even the events in the few hours of one venue, the way that we program it is to let you explore a range of emotion and then at the end, we offer the opportunity for discussion and questions. I feel a huge responsibility in how the audience is going to feel when they leave."

Inverse will see more than two dozen international artists present their works across Northwest Arkansas over the course of three days. Bringing together new venues and community collaborations is one of the ways Post Hunt could demonstrate the inclusivity of the festival.

"At this point in this project, the goal is to put on a free festival, engage with as many people as possible, present a variety of forms of the medium and to do it well," Post Hunt says.

Because of the vagueness of the medium, and its in-the-moment nature, offering a precise definition of performance art can be complicated. It can involve traditional visual works, musical performance, creation and the abstract. However, so much variety holds the potential that there will be something everyone can connect with.

"There's definitely an element of engagement with performance art," Rucker says. "Even if you heard a recording of a violin, it's different than hearing a live violin, because there's a connection between the musician and performing with the audience. You can't measure it -- the chemistry and energy. This is an experience that's never going to happen again, ever, on this planet. It's never going to happen again in the same way."