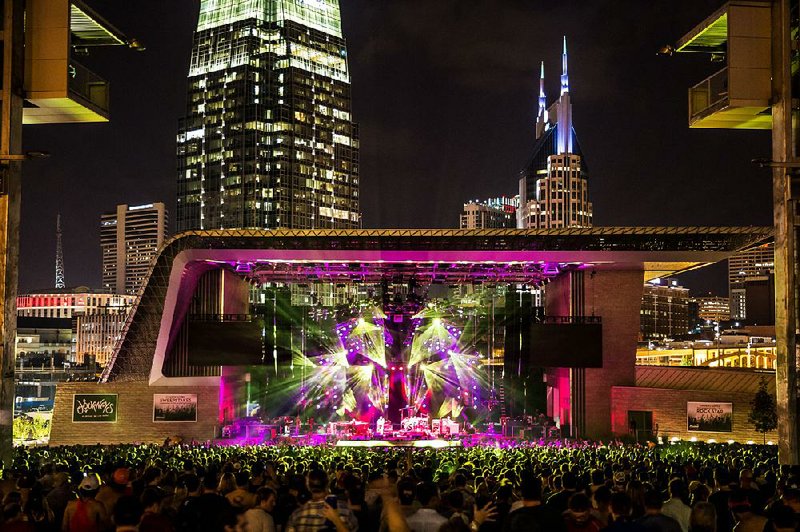 Concerts are a constant in Nashville, Tenn., a city with deep musical roots whose music scene is drawing even more attention.

NASHVILLE, Tenn. -- "Nashville is the new Austin." It was a comment I heard numerous times during the recent weekend I spent in Music City. After about the third time, I asked the person saying it why he thought so ... was it the thriving music scene (not exactly a new addition) or the burgeoning restaurant scene (somewhat of a new addition)? Perhaps it was the influx of young professionals contributing to the city's energetic vibe -- my nephew Scott being one of the recent transplants, moving here a few months ago, ironically, from Austin, Texas. 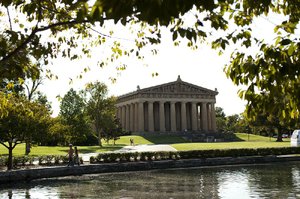 Photo by Courtesy of Nashville Convention & Visitors Corp.
The Parthenon in Nashville is the only full-size replica of the original in Athens, Greece. It’s just one of the many tourist sites in the Tennessee capital.

It turns out the answer was: all of the above.

There is a beat to Nashville now that has nothing to do with the boot-scooting boogie; a panache that extends way beyond Printers' Alley. You're likely to see just as many people wearing three-piece suits and designer frocks as dusty jeans and boots, and just as many carrying briefcases as carrying guitar cases.

There's a new song on the Nashville charts and it has nothing to do with unrequited love or unfulfilled dreams.

I was in town for the re-opening of the Sheraton Grand Hotel, following a $35 million renovation. That renovation, envisioned with a focus on design, has earned the property the "Grand" designation (one of only five in the United States and 14 worldwide).

Among the unique design features are a 25-story blown glass chandelier and floating wooden staircase in the lobby, and an aquarium containing 150 jellyfish at the entrance to Skye, a special events venue on the 28th floor, where the jellies might play second fiddle to spectacular views of the skyline.

To celebrate the re-opening, the Sheraton had pulled out all the stops, from a honky-tonk evening at the Wildhorse Saloon to a private concert by Earth, Wind and Fire in the Grand's Platinum Ballroom.

When I wasn't partaking of all the hotel festivities, I was checking out the Nashville restaurant scene, which these days is a lot more than just barbecue.

Union Common is described as a "retro-modern steakhouse with craft sips," although I thought it could serve as a setting for Sex and the City, the Southern version.

What was once a dry-cleaning establishment on the split between Broadway and Division Street is now a palace of Art Deco splendor, luring hip diners with its rich color scheme of copper, red and black and its shimmering decor of metal, marble and glass (floor-to-ceiling windows allow you to see the action on both streets).

As noted, steaks top the menu, from a 6-ounce petite filet mignon to a 28-ounce porterhouse, while the lively bar offers libations far beyond the Sex and the City girls' favorite Cosmos. For sophisticated dining in a hip setting, this is the place to go.

From hearty steaks to small plates is not much of a stretch in Nashville's urban dining scene. At Henrietta Red in the trendy Germantown area, the focus is on the latter, especially if they involve oysters and other types of seafood. There is a full raw bar selection as well as an extensive menu of craft cocktails.

Of course, this being Nashville, establishments offering barbecue (try Martin's, known for its whole-hog pit-fired BBQ) and Southern staples are not to be missed. For the latter, it's worth making the 20-minute drive out Tennessee 100 to Loveless Cafe, near the bridge leading to the Natchez Parkway.

THE BEST OF THE REST

Nashville doesn't lack for attractions, and despite its hip new persona, many of them have been around for quite a while. Here are some of the city's "must-see" sites:

• The Hermitage. One of Nashville's top attractions is the home of President Andrew Jackson -- after the White House, Mount Vernon and Monticello, the most visited presidential home in America. A National Historic Landmark, it tells the dramatic story of Jackson and his beloved wife, Rachel. In the formal dining room, the couple entertained dignitaries and Tennessee backwoodsmen, without regard for their station, and in a placid location behind the garden are their graves.

• Belle Meade Plantation. "Queen of the Tennessee Plantations," it was, during the antebellum period, the leading Thoroughbred farm in America. So much so, that its owner, William Giles Harding, wrote a letter to the editor of the American Turf Registry extolling its virtues as a breeding establishment.

"Blood stock here is all the go," he penned. "To be without it is to be out of fashion and destitute of taste."

The Civil War and the accompanying conscription of Belle Meade's Thoroughbreds by Union and Confederate armies severely affected its stables. Some of the finest horses were spirited away to Woodburn Farm (now Airdrie Stud) in Woodford County, Ky., for safekeeping, thus giving a boost to the Blue Grass state's own Thoroughbred industry.

• Cheekwood Botanical Gardens & Museum of Art. This private 55-acre estate, once the home of the Cheek family, founders of Maxwell House coffee, now houses a permanent collection of fine art and an interconnecting series of theme gardens.

The gardens are spread across the entire 55 acres, and focus on many styles of garden design -- from English-style boxwood and Japanese gardens to wildflower and seasonal gardens.

• The Parthenon. Located in Centennial Park, it is the world's only full-size reproduction of the Parthenon in Athens, Greece. Complete with a statue of Athena, goddess of wisdom (in this case the work of a local sculptor that took him eight years to complete), the setting is as elegant as it is incongruous.

• Ryman Auditorium. Known as the "Mother Church of Country Music," the Ryman was the original home of the Grand Ole Opry. Although these days the Opry is headquartered at Gaylord Opryland Resort, occasional performances are still held at the Ryman. What is permanent is the ghostly presence of the many stars who have graced its stage.

If all of this seems a bit too staid, there are less conventional ways of acquainting yourself with the city. You can take a scavenger hunt through downtown or hop aboard a golf cart for an art tour of neighborhood murals.

You can walk (on a Taste of Nashville food tour) or crawl (to various distilleries, breweries and pubs). You can Segway through downtown or paddleboard on the Cumberland River.

For the ultimate experience, you can see Music City on a private tour with a working singer/songwriter.

I wonder if they offer that in Austin.