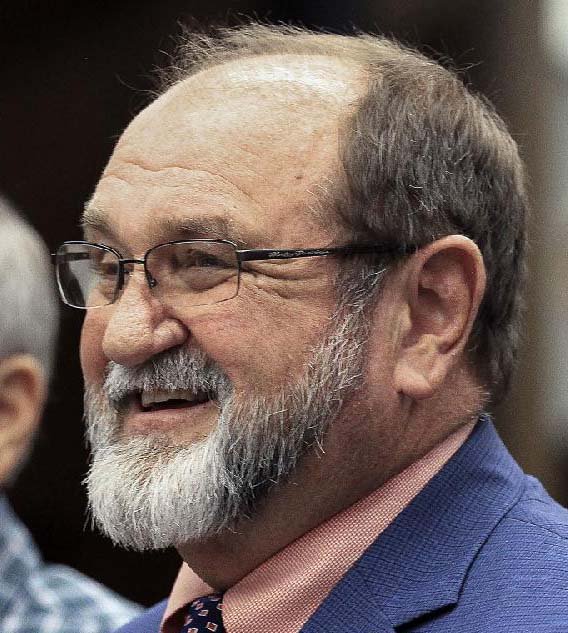 The Arkansas Department of Education has released estimated federal grant amounts for school districts in 2017-18 that reflect funding formula changes in a new federal law and the population shifts within the state. 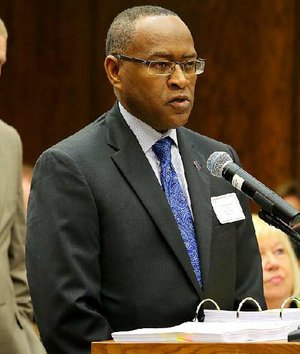 The state's once small but now rapidly growing school systems are more likely to see increases in their federal grants for poor students, special education and teacher training, while other districts could see declines as compared with funding levels in past years if the estimates are accurate, Arkansas Education Department leaders said last week.

The affected federal grant programs include the Title I program that supplements instructional costs for schools that have high percentages of students from low-income families, the Title II program that provides funding for improving teacher quality and the Title VI-B special education program.

Of the three, Title I is the largest grant program with some $156 million allocated last year to Arkansas, said Amy Thomas, federal finance coordinator at the Arkansas Education Department. Title II funding to the state totals about $20 million, and special education funding is about $100 million a year.

"To tell you the truth, I'm glad it's no worse than that," Pulaski County Special's Superintendent Jerry Guess said Friday about Title I and special education funds. "And it's bad. It's $400,000. I was afraid that it would be worse than that. I just didn't have any idea."

Guess and other superintendents contacted Friday said they had learned of the new distribution formulas at an Arkansas Association of Educational Administrators meeting earlier in the week but didn't get the dollar amounts for their individual school systems.

"We had heard ... that changes were coming," Guess said. "We understood there would be a different distribution of those funds based on changes to the formula."

The drop in special education funding, in particular, will cause his district to have to fill in the gap with other district funds, Guess said.

"If we're funding a program that's a combination of federal and local money, and the federal money gets cut, we have to make up for it because we can't cut our services," he said. "So, yes, we'll have to make it up."

Also in Pulaski County, the North Little Rock School District is projected to see a decrease of $70,340 in Title I money, down from $3.8 million, and the loss of about $2,507 in special education funding.

Elsewhere in Arkansas, the projected amounts of federal funding for next year are a mixed bag.

The Helena-West Helena School District is to see an $87,785 reduction to $1,166,439 in Title I money for supporting the education of students from low income families.

Superintendent John Hoy said a reduction of federal funding to his 1,396-student Mississippi River Delta district is just one of several financial factors to be dealt with in the coming weeks and months.

"I know with where we are right now we have to look at the possibility of a reduction in force anyway because of the number of students we have lost over the years," Hoy said. "We've got several adjustments we're trying to make around here this year," he added.

The Springdale district, the state's second-largest system, is projected to receive $5.44 million in Title I aid next year, down by almost $60,000 from this year's allocation.

Some districts can expect to see their federal grants rise by tens of thousands of dollars.

The Title I allocation in the Bryant School District is projected to grow from $948,278 to $966,836. Title II funding for improving teacher quality is to increase by about $50,000, but special education funding is likely to drop by $33,773 if the projections are correct, district spokesman Devin Sherrill said Friday.

Sherrill said there are no plans yet for how the Bryant district will use the money in the increased categories.

"We didn't find out about it until [last] week," she said, "and we were thinking it was going to be less rather than more."

Congress and then-President Barack Obama in late 2015 reauthorized the federal Elementary and Secondary Education Act, which had been known as the No Child Left Behind Act and is now titled the Every Student Succeeds Act. The new act prescribed changes in federal funding formulas that had not been altered for many years, said Thomas, the Arkansas federal finance coordinator.

"It's huge," Thomas said about the results of federal alterations. "Title I has some significant changes to the set-aside requirements at the state level. And Title II's formula is fundamentally changing."

Requirements in the Title I program previously resulted in the state's pulling out or setting aside 4 percent of its allocation for separate school improvement grants. That withholding has now increased to 7 percent -- even if the withholding causes some districts to receive less aid than in the previous year, Thomas said. In subsequent years, after 2017-18, a district will be assured of not receiving less than it receives in the 2017-18 school year.

"What we don't know is whether the feds will put some extra money in there to compensate for that secondary program," Thomas said. "What we have done is held funding steady and taken it. We don't really have anything else to go on. These are rough estimates."

In regard to the Title II grants for improving teacher quality, there is no longer any base funding amount that districts are assured of receiving every year, Thomas said. Eighty percent of the money will be distributed based on the number of students in a district who are classified as being from low income families and 20 percent based on population.

The estimated 2017-18 federal funding allocations can be viewed online, by clicking on the Every Student Succeeds Act link on the Arkansas Education Department's website: arkansased.gov.