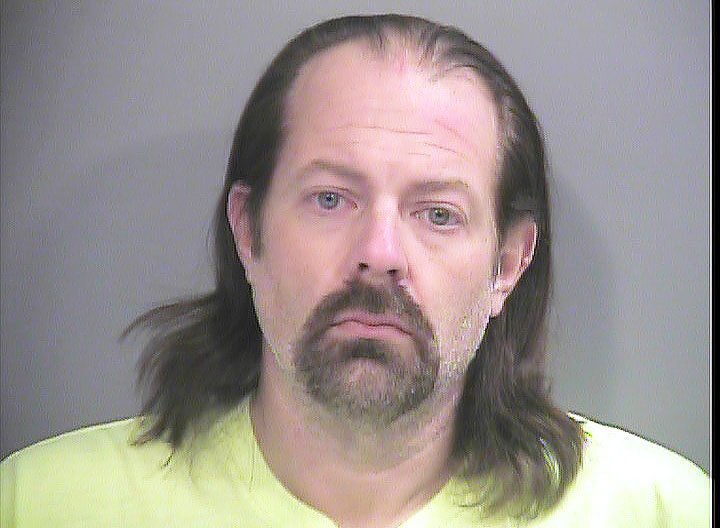 FAYETTEVILLE -- A Washington County man with a criminal history and a conviction for possessing child pornography was sentenced Thursday to 540 years in prison, the maximum under the law.

James Edward Whitney, 47, was convicted Wednesday night of viewing or possessing 18 images of child pornography on computer hard drives. He was charged with 20 counts.

The jury recommended the maximum 30-year sentence on each of the 18 counts and said they should run consecutively. Jurors also recommended a $10,000 fine on each count -- $180,000 total. Whitney was given credit for 775 days of jail time served while awaiting trial.

"We're talking about children. It's right there at the top of the list," Lindsay told Whitney. "It may not be the most heinous crime, but it's right there."

Lindsay said he had to consider Whitney's criminal history, protecting the public and deterring others from such behavior, and that Whitney has done nothing to show he can be rehabilitated. Lindsay also noted Whitney had taken steps to try to hide his identity.

At the sentencing hearing Thursday morning, jurors first learned Whitney has an extensive criminal history in Michigan that includes sex offenses against children, failing to register as a sex offender, failing to pay child support, embezzlement, hot checks and striking a police officer while resisting arrest.

As a habitual offender, Whitney was subject to prison terms of up to 20 years longer than would normally be the case for possessing child pornography.

Jurors also learned Whitney had moved to Arkansas, changed his name and failed to register as a sex offender as required.

Whitney changed his last name from McCann when he married Tina Whitney and they moved to Arkansas around 1999, according to testimony. In 2009, local law enforcement officers received a tip from the U.S. Marshals Service and confirmed Whitney was living in the area under a different name and had not registered as a sex offender.

"He was convicted of a sex crime in Michigan, then moved here, took his wife's name and tried to disappear," said Kevin Metcalf, deputy prosecuting attorney. "I think the jury definitely took that into consideration."

The jury sent a strong message that sexual abuse and rape of children will not be tolerated in their community, Metcalf said.

"It is time we see child pornography for what it is, how it is created, and why it is created," Metcalf said. "Images of child pornography immortalize the lowest moments of a child's life, moments of abuse, rape and humiliation that will haunt them the rest of their lives. Children are manipulated or forced into doing whatever it takes to create sexually explicit images to sell or trade.

"The market for these images is driven by predators that achieve sexual gratification by viewing these moments of sexual abuse. Demand drives this market, and we must hold all offenders accountable for the sexual exploitation and abuse of children everywhere."

Evidence in the case largely was circumstantial. James and Tina Whitney had an argument in August 2012, and eight days later Tina Whitney took computers and several hard drives to the Washington County sheriff's office, she testified Wednesday.

The computers and hard drives were analyzed at the state Crime Laboratory, which found 20 images and chats on two of the computers containing what appear to be underage girls engaged in sexually explicit activity. The images were from 2009 and 2010.

Metcalf said the case was filed in 2012. It took so long to get to trial because Whitney changed lawyers several times. Whitney still faces a separate charge of failing to register as a sex offender.