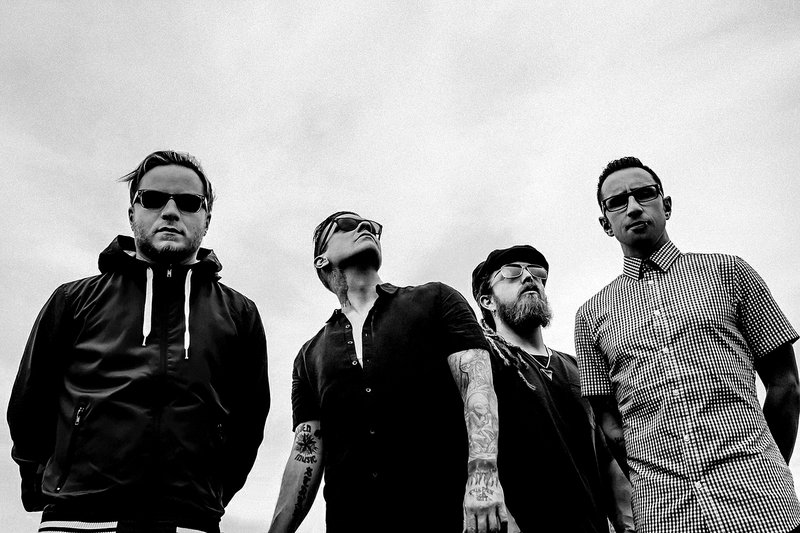 What do you call a tour that combines performances by Whiskey Myers, Black Stone Cherry, Halestorm and Shinedown? You call it exactly what it sounds like -- a "Carnival of Madness." The sixth annual tour, which kicked off Wednesday, is set to bring said madness to town Tuesday for a stop at the Walmart Arkansas Music Pavilion in Rogers.

Shinedown, made up of Brent Smith (vocals), Barry Kerch (drums), Zach Myers (guitar) and Eric Bass (bass), is no stranger to "Carnival of Madness," having co-headlined the rock spectacle in four of its five prior US runs.

"I've always envisioned the 'Carnival of Madness' as more than just a music festival," Shinedown frontman Brent Smith says. "It is a celebration of rock music where the lines between those on stage and those in the audience are blurred -- where everyone is sharing in this amazing moment. Truly experiencing the power of rock music together."

With a huge, diverse fan base in this region, Shinedown looks to bring people together.

"We are very fortunate. I see [diversity] at every show, all kinds of people, all there to see us," explains drummer Barry Kerch. "I think it's because we make honest music. We're not a political band; we don't ask people to take sides. Our songs come from the heart, and people can relate events in their lives to it. Our music covers things that we've all been through, in one manner or another, no matter who you are. I think people have a lot more in common than they have differences, when you get down to the core of who we are."

Shinedown has been referred to as "Southern melodic rockers," "pop metal," "alternative metal" and "post grunge." Kerch doesn't seem to mind the labels. "I think everything should be labeled. You know, 'that's a red car;' or 'they play rock music.' Different people label us with different tags. We've been called Southern rock, maybe because we have a little Southern accent, but we don't just go around playing Lynyrd Skynyrd-type songs all the time. People can call us what they want. I think we are just a rock 'n' roll band."

No matter how they're labeled, Shinedown made a stunning chart debut last year as "Threat to Survival" -- the band's fifth studio album and first new release in three years -- arrived at No. 5 on the overall SoundScan/Billboard 200 while simultaneously debuting atop Billboard's "Rock Albums" and "Top Hard Rock Albums" charts.

"Threat to Survival" is the latest step in the band's constant state of evolution, and the musicians are ready to get out and share the new music with the world.

What is next for fans?

"Each of our albums are about where we are at that time. They are about what we are living," says Kerch. "People like to ask us to do more music like we had on 'Leave a Whisper' or 'The Sound of Madness,' but our music has grown with us. We aren't 25 any more. That was then.

"When we start working on something new, the music will come from what we are feeling at that time, what we are living. And we just hope our fans continue to let us do what we do, and grow along with us or come along for the ride."