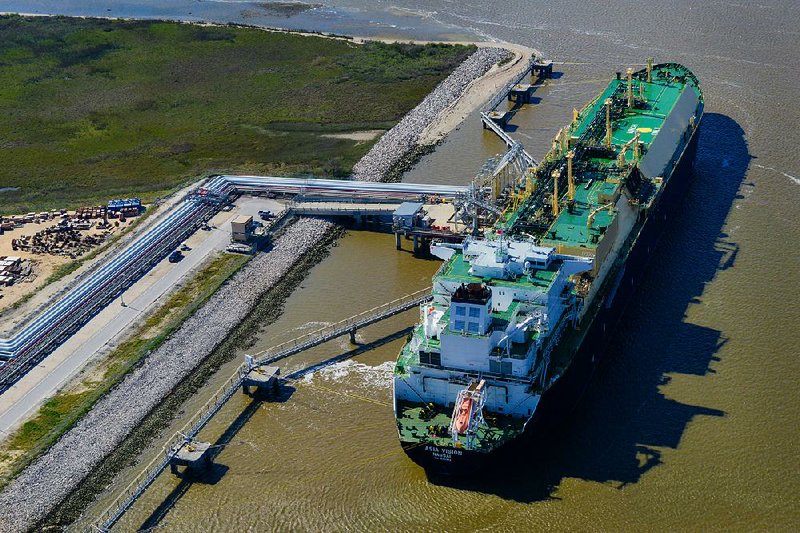 Jera Co., a joint venture between Tokyo Electric Power Co. Holdings Inc. and Chubu Electric Power Co., will get its first LNG cargo produced from the formations in early January, spokesman Atsuo Sawaki said. It would be the first supply to reach the Asian nation from Cheniere Energy Inc.'s Sabine Pass terminal in Louisiana.

The shipment brings to fruition a contract signed more than two years ago. While U.S. exports are still relatively small, they are having an impact because the contracts are tied to U.S. natural gas prices instead of crude oil, to which most of the LNG coming to Japan is linked. They also allow for switching of cargo destinations -- a key concern for importers such as Japan that are pressuring producers for more flexibility.

Japanese companies are buying about 14 million tons of liquefied natural gas on long-term contracts that begin between 2017 and 2022 from U.S. projects in the lower 48 states, according to a November presentation by the Japan Oil, Gas and Metals National Corp.

Japan, China and South Korea, which account for more than half of the global liquefied natural gas trade, will be oversupplied by about 20 billion cubic yards from 2017 to 2018, the International Energy Agency said in a report earlier this year.

Information for this article was contributed by Dan Murtaugh and Naureen S. Malik of Bloomberg News.