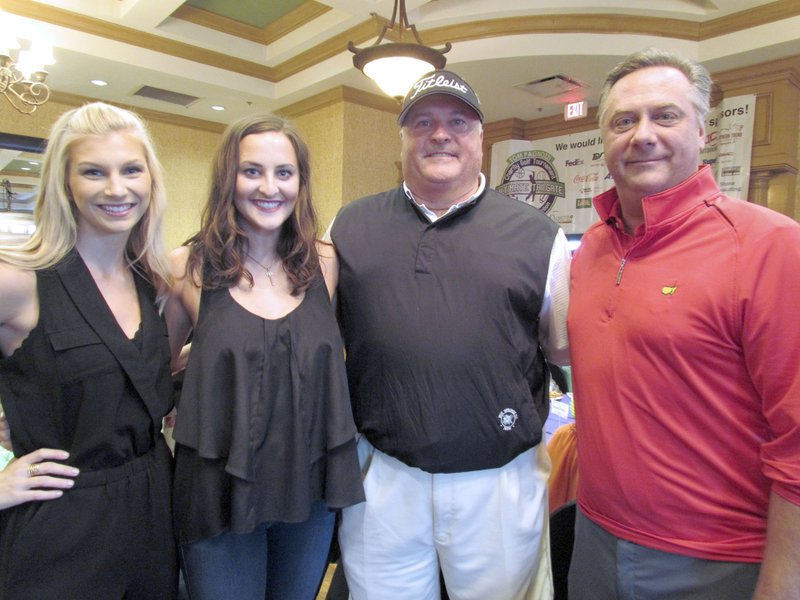 Hundreds of folks came out to the Springdale Country Club Friday, Oct. 9, to support the Pagnozzi Charities.

The daylong celebration began with a charity golf tournament, in which 140 golfers competed for first, second and third prizes, as well as awards for a putting contest and long drive. A brief, early afternoon drizzle didn't deter the competitors. The tournament was divided into morning and afternoon flights, giving golfers a second shot at bragging rights.

As the day cleared up, golfers came off the greens and into the country club for the Pagnozzi Ultimate Tailgate, with entertainment by The Voice contestant Barrett Baber, live and silent auctions full of sports items and memorabilia. Proceeds from the combined golf tournament and sports auction rang in at $65,000.

"Our most popular item was probably either the Ozzy Smith autographed [Cardinals] jersey or the seaside vacation to Florida," says Kelley Atchley, executive director of Pagnozzi Charities. The group trip takes 11 people to the coast for a full seven-day vacation.

Pagnozzi Charities was formed by Tom Pagnozzi, a former St. Louis Cardinal, University of Arkansas Razorback alumnus and coach. Pagnozzi created the organization to give back to the community that provided his start in athletics. The Youth Sports Scholarship Program identifies children in the area who wouldn't be able to play sports without someone footing the bill for athletic equipment and training.

Guests of the tailgate were encouraged to "Adopt a Player," which would fund a child's participation in sports programs -- a $50 price tag for one season of sports.

Next in line for the charity is the third annual "Princess for a Day" event, which will take place in February. Girls ages 2-12 don their best princess attire and visit stations to get their nails painted, light makeup done and have pictures taken with Razorback cheerleaders dressed as Disney princesses.

April Robertson can be reached by email at [email protected]