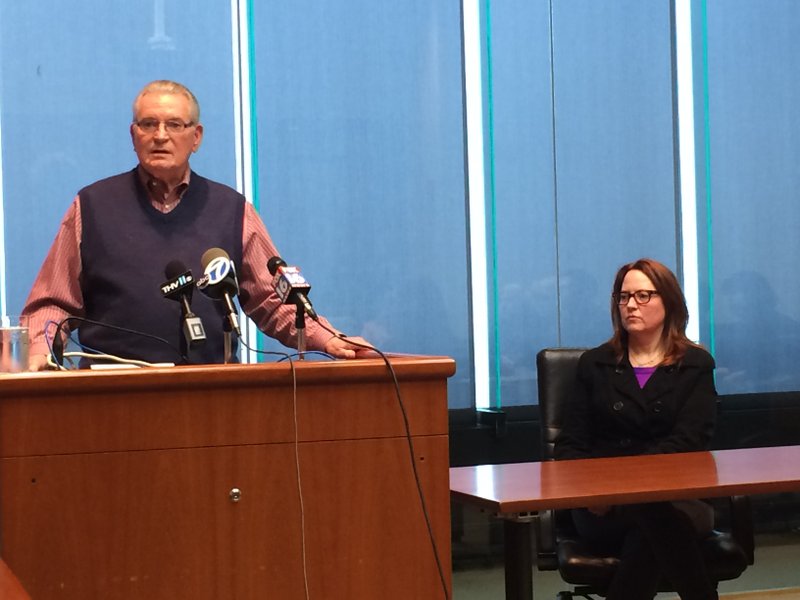 Roger Glasgow, left, speaks at a press conference about the discovery of his brother John Glasgow's skull at Petit Jean Mountain State Park as John Glasgow's wife, Melinda, looks on.

The family of missing Little Rock businessman John Glasgow said they believe foul play was involved in his disappearance and death, Roger Glasgow said at a news conference Thursday afternoon.

"We have always suspected foul play was involved and discovery of these remains strengthens this belief," John Glasgow's brother Roger Glasgow said.

The family received a call about 6 p.m. Wednesday indicating that skeletal remains found at Petit Jean State Park could belong to John Glasgow, whose sport utility vehicle was found at Mather Lodge there when he disappeared in 2008.

This is the first credible information as to what may have happened to John Glasgow since his disappearance, his brother said.

"This revelation is really the first piece of concrete evidence as to where he was at least, but not what happened to him," Roger Glasgow said. "Speaking for the family, we feel both relief and a terrible sense of sadness. Relief that we now know where he is ... sadness that this event occurred, and sadness that something or someone caused this death."

Roger Glasgow said he knows authorities will do "a very good job" investigating the case, but that the family wants it "thoroughly investigated."

"If there is a perpetrator that has caused this death, we want him found and be brought to justice," he said. "We know law enforcement will do the very best job that they can."

Roger Glasgow said he was told by authorities that there was no evidence of trauma to the skull, nor were any bullet holes found.

John Glasgow's wife, Melinda Glasgow, and other family members attended the news conference but did not speak.

Roger Glasgow said this would be the only news conference held by the family unless "something very different happens."

"Don't be looking to us for updates on the investigation," he said. "We ask that you respect our privacy. For these past years we've lived with this tragedy."

The brother of missing Little Rock businessman John Glasgow says the family has been notified that a human skull found by hikers Wednesday is that of his sibling.

Roger Glasgow said Thursday afternoon that family was notified about noon that the partial skull was positively identified as John Glasgow's. Arkansas Parks official Tim Scott confirmed the identity at an afternoon news conference at the state park.

Scott said that additional remains have been found in the Red Bluff area where the skull was found.

The area where the skull and remains have been found are about a third of a mile away from the Boy Scout trail below Red Bluff Drive at Petit Jean State Park, Scott said.

During the original search in 2008, Scott said, about 85 percent of the park was searched.

A search crew of 20 has faced the same weather conditions Thursday, searching in wet and rainy weather, Scott said.

The search has been suspended for now because of weather conditions, but Scott said the search will resume.

The park has blocked off Red Bluff Drive and closed Canyon Trail and parts of the Boy Scout Trail, Scott said.

Roger Glasgow said he would discuss the case later at a 4 p.m. news conference.

Hikers discovered part of a human skull in Petit Jean State Park on Wednesday, prompting authorities to comb the area for clues and fueling speculation it may be the remains of a Little Rock businessman who disappeared seven years ago.

Conway County Sheriff Mike Smith said by phone Thursday morning that there was no indication yet that the skull was that of John Glasgow, who was chief financial officer of CDI Contractors when he disappeared in 2008. His sport utility vehicle was found parked at Mather Lodge at the park, but search efforts turned up no sign of him.

Arkansas Business on Wednesday first reported the discovery of the remains and the possibility they may be Glasgow's.

Smith said the skull, which is missing its lower jaw, was sent to the state Crime Laboratory to try to determine an identity. He said he believed there was enough of it intact that an identification can be made, though that remains to be seen.

No one else is known to be missing in the area of the park, Smith said.

"Of course we're not saying it is [Glasgow]," he said. "But we certainly want to investigate that possibility."

Smith said two hikers found the skull shortly before 5 p.m. in a remote area of the mountain off of Red Bluff Drive. Crews blocked the area off Thursday while searchers combed for more clues and the rest of the remains.

"Animals could have scattered the bones," Smith said. "That's kind of what we're thinking right now ... There's no telling where we'll find the rest or if there is a rest."

Smith said the search efforts Thursday would continue until expected thunderstorms arrived later Thursday and would pick up again another day if necessary.

Authorities were working to bring in cadaver dogs, metal detectors and more personnel to continue searching Thursday. The steep terrain was making it difficult to search.

Glasgow, who was declared dead in 2011, was reported missing in January 2008 after he didn't show up for work. Authorities traced his cellphone to the lodge, but no other signs of him were found in the area. 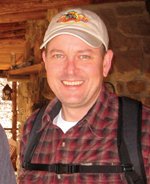 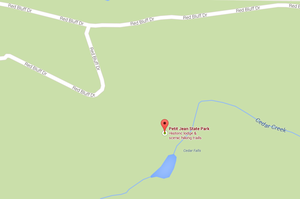 This Google map shows the area where two hikers found part of a human skull in Petit Jean State Park on Wednesday, off Red Bluff Drive. 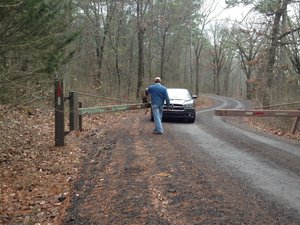 Photo by Danielle Kloap
A Petit Jean State Park employee opens a gate for law enforcement Thursday, March 12, 2015, in Morrilton. The area was blocked Thursday morning while authorities investigated the discovery of part of a human skull. 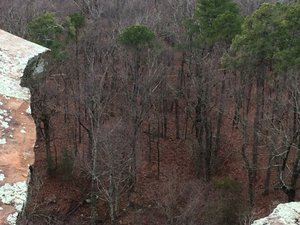 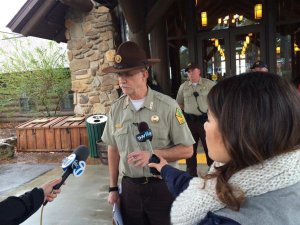 Photo by Danielle Kloap
Tim Scott with Arkansas Parks speaks to reporters Thursday, confirming that a skull found by hikers at Petit Jean State Park on Wednesday was identified as John Glasgow, a Little Rock businessman who disappeared seven years ago.
ADVERTISEMENT