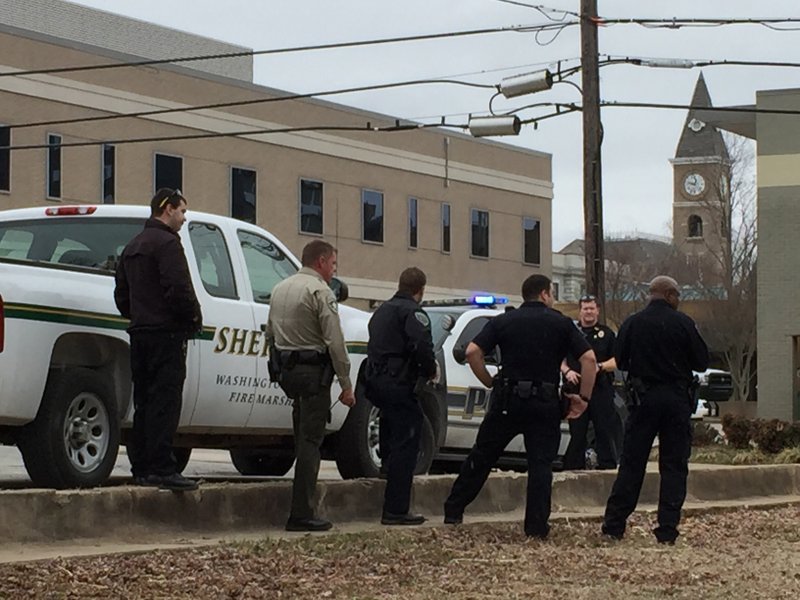 Officials cordoned off the Washington County Courthouse Annex on Monday.

A "suspicious item" at the Washington County Courthouse Annex that prompted a response from the Bentonville Bomb Squad turned out to be a harmless PVC pipe.

Traffic was shut down for several minutes around 1 p.m. on North College Avenue between West Dickson Street and West Center Street while the Bentonville Bomb Squad’s disposal robot moved in to the object, which sat near a sidewalk on the annex’s north side.

The robot found the object was a PVC pipe that likely dropped at some time from a passing construction vehicle, Stout said.

"Apparently it's not uncommon for them to carry documents like blueprints in PVC pipe just to protect it,” he said. "In this day and age given the location and what the device resembled, you really can't take a chance."

A bailiff noticed the item outside the building, Stout said. The Bentonville Bomb Squad, a Fayetteville police dog and the Fayetteville hazardous materials unit responded on scene.