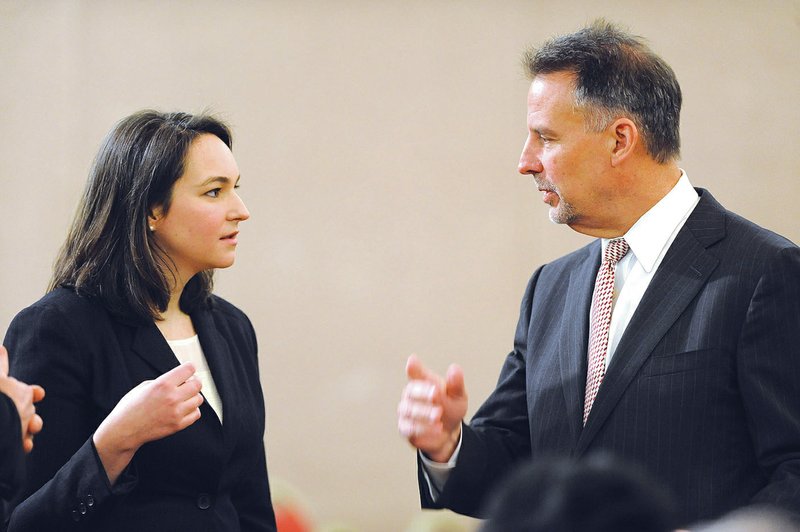 "We have a lot to be excited about at Tyson Foods," said Donnie Smith, chief executive officer, during an investor call. "We have a balanced, diversified business model and a focused growth agenda that give me confidence that not only can we handle whatever challenges are ahead, we are going to thrive."

The segment saw prices increase 24 percent and volume increase 90 percent from the first quarter of 2014.

"We're stronger together," Smith said during the company's Friday shareholders meeting. "I think we showed that with our earnings release this morning, and I'm excited for what the year has ahead for us."

Tyson completed its acquisition of Hillshire and its leading brands -- Jimmy Dean, Hillshire Farm, Ball Park and State Fair -- on Aug. 28. The acquisition cost the company $8.55 billion, including the assumption of debt.

Tyson's chicken segment also was a highlight for the company this quarter. It led the other segments with $351 million in profit and an operating margin of 12.6 percent -- an all-time high.

Williams said the company is well-suited for weather fluctuation in the prices and supplies of various meats.

"It's important to have a diversified portfolio, whether you're talking stocks or products you're marketing," he said. "They've got such a strong space in the protein category that basically consumers are really forced to pick which Tyson product they're going to purchase at the grocery store."

Tyson's international segment, which has been plagued by food scares in China, remained unprofitable in the first quarter.

"We will continue in a holding pattern with our operations in China as we await for the demand to improve," Smith said. "There is still a tough demand environment in China."

Dennis Leatherby, chief financial officer, said Tyson had been able to reduce its debt by $650 million during the first quarter.

Smith said Tyson was finding cost-savings sooner than expected, and the company's decision to close three prepared food plants and shift production to other facilities resulted in greater efficiency.

A stronger economy also is factoring into food purchases -- especially at restaurants.

"In the past quarter, consumer confidence, lower gas prices and unemployment data were tailwinds that we expect will continue to favor food spending in the new year," Smith said.

Although he said there were many factors in Tyson's favor, a few are working against the company. Meat, like many other exports, has started to back up at West Coast ports, and minimal-wage growth and long-term unemployment are still problems for the economy.

"We have advantaged brands in advantaged categories, and that is very good for the long term," Smith said. "I feel very good about our building momentum out forward."