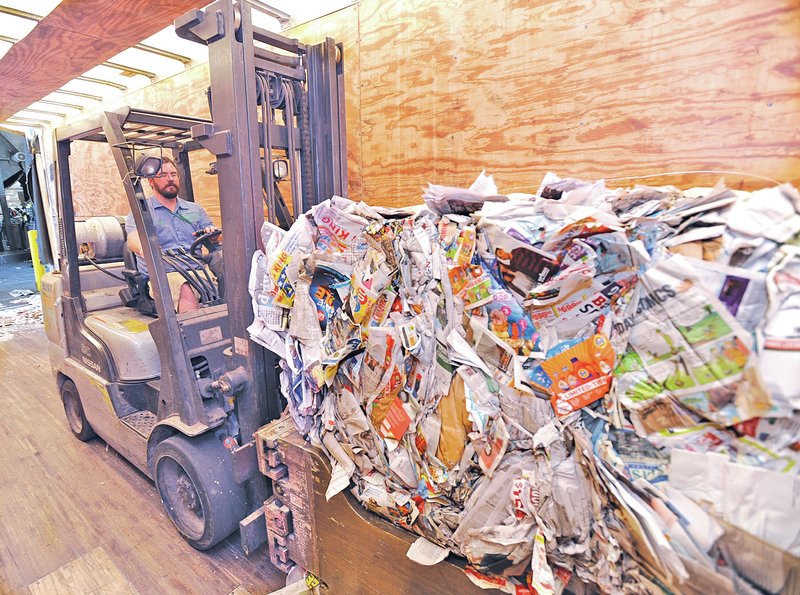 FAYETTEVILLE -- The city's Recycling and Trash Collection Division has plans to nearly triple the size of its offices at 1560 S. Happy Hollow Road over the next year and a half.

Planning commissioners on Monday unanimously signed off on the plans.

• Granted a variance to the city’s landscape regulations to Panera Bread, 3638 N. Front St., allowing the company to build a drive-through lane and window on the north side of its building; and

Jeff Coles, director of the Recycling and Trash Collection Division, said the expansion -- from 2,800 square feet to about 8,000 square feet -- is needed to give employees more room to work. Coles said he has three supervisors who share a single office.

"We're just cramped beyond belief," he said. "We're very contemporary with our equipment and trucks ... but the facilities have been in need of an upgrade, renovation and expansion."

Two scales are being added along an Armstrong Avenue entrance city truck drivers use to access the Recycling and Trash Collection site. Coles said the improvements will alleviate congestion caused when city employees, private haulers and Fayetteville residents all try to use an existing scale on Happy Hollow Road at once.

"There's so much traffic coming in off of Happy Hollow, it's treacherous at times," Coles said. "This will help that."

More parking also will be added on the east side of the Recycling and Trash Collection facility.

According to a report given earlier this year to the City Council's Water, Sewer and Solid Waste Committee, the entire project, including design work by Fayetteville-based McGoodwin, Williams and Yates engineers, is expected to cost about $3.5 million. Construction is expected to last through spring 2016.

Money for the project will come from the Recycling and Trash Collection Division's reserve fund, which, according to Paul Becker, Fayetteville finance director, was expected to have between $4.2 million and $4.3 million available at the end of 2014.

The office expansion is part of ongoing improvements to the city's Recycling and Trash Collection facility.

Last year, the division spent approximately $1.1 million to repair and expand its transfer station and pave a concrete slab at the city's compost site.

The City Council in December agreed to study what it would take to divert 80 percent of all trash and recyclable materials from the Eco-Vista Landfill in Tontitown, but, as of yet, no consultant has been hired for the study.

The city's current diversion rate is about 17 percent. Getting to 80 percent would require large capital investments. A recycling center for construction and demolition waste, a pickup program for food scraps and other compostable goods and a curb-sort recycling program for apartments have all been mentioned.

Coles said his division was mindful of potential upcoming expenditures when designing the new offices.

"We don't want to outbuild or overbuild so we can't accommodate change," he said. "We want to do upgrades that make us ready for the next step."