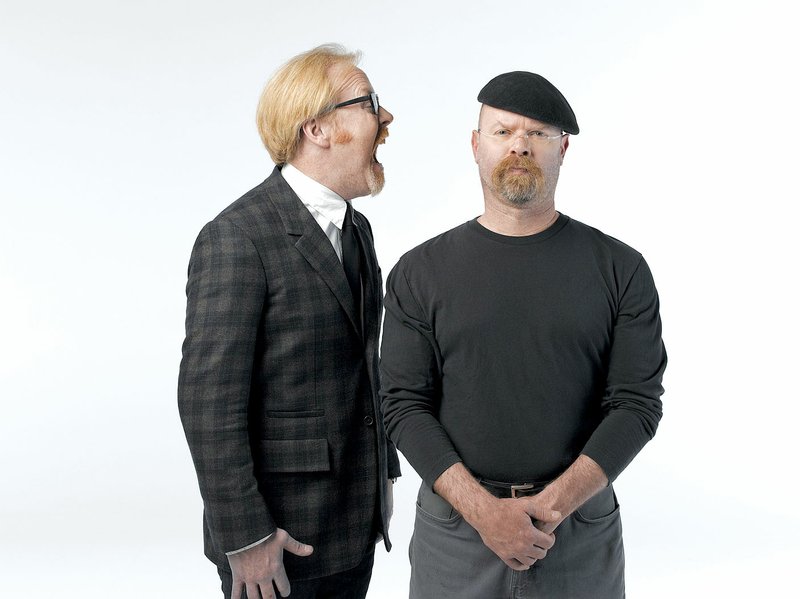 As it turns out, if a mouse crawls out of a hollowed-out dung ball, it will spook an African elephant walking nearby. Sometimes things are surprising and life can be a bit unpredictable, but for engineer and special effects artist Jamie Hyneman, that's half the fun.

Co-host of the Learning Channel show "Mythbusters," he says that it's the unexpected results of his experiments that make his job so entertaining.

Mythbusters: Behind the Myths

While filming in Africa, Hyneman and co-host Adam Savage had the opportunity to test the old wives' tale that declares elephants are afraid of mice. Hyneman suspected the pachyderms wouldn't be concerned with the rodents, he says, until he found a way for them to meet. Rigging up a dung delivery device, the bright white mouse seemed to surprise the elephants, causing more than one to "dance around it," he says.

This result "confirmed" the tale.

"I wouldn't have thought a giant elephant would have been afraid of a tiny mouse," he says. "But there is some truth to that old story, it turns out. It's the counterintuitive results that make this job interesting."

The pair, who Hyneman says have a deep respect for one another, have been working together for more than 20 years, 12 of which have been in front of the camera. But that hasn't always been the most comfortable positioning for the pragmatic engineer.

"Overall, being in front of the camera was never my goal, and I still am almost a reluctant participant there," he says. "I'm actually more interested in the things at hand than filming them."

The documentation process can be frustrating, he says, as he often must interrupt whatever he's working on in order to tell viewers what he is doing, how it's going and how he "feels about it."

"The engineering takes many times longer when you are filming it than if you are just doing it," Hyneman explains. "And I'm just focused on just doing it. That can be a difficult part of the show."

But the camera time has paid off. "Mythbusters" became an unexpected but wildly popular hit seemingly overnight, reigniting a sense of curiosity for scientist-viewers young and old.

"The rule for television seems to be the dumber the better, and we're here as living proof that that's not necessarily the case," he says. "I don't think that we're the most cerebral thing out there, but we do this playful experimentation that is scientific in some sense. And people have noticed science can actually be fun."

Hyneman and Savage will be bringing their unique (and hopefully manure-free) brand of scientific experimentation to the Walton Arts Center tonight, showcasing demonstrations based on the Emmy-nominated television show. It's a performance years in the making and created with some nervousness, Hyneman says.

"We had some trepidation about doing a live show," he explains. "We are doing these big spectacular things on 'Mythbusters,' and obviously we're not going to be able to use high explosives or weapons or have car crashes on stage, so we worried we would be disappointing to our audience."

The result? The pair will be bringing a new kind of live show to their devoted fans. By involving the audience, the hosts will re-create the playfulness of the television show through controlled pseudo-experiments, he says.

"We'll bring some people on stage and mess with them, often to their expense," he says with a laugh. The duo will toy with the audience, using the members to build a structure and participate in somewhat outlandish and rather embarrassing feats.

"We bring the high-speed camera with us and have people do things that just look really absurd when they're played back at slow speed," Hyneman says. "The whole point of this is to give the audience a sense of who we are and what it's like to do what we do.