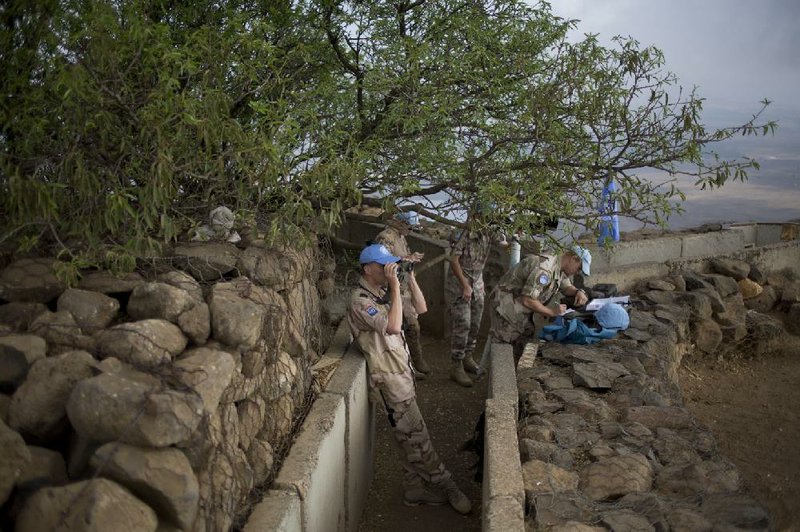 U.N. peacekeepers keep an eye on Syria’s Quneitra province Friday at an observation point on Mount Bental in the Israeli-controlled Golan Heights overlooking the border with Syria. - Photo by AP / ARIEL SCHALIT

The civil war in Syria has forced 3 million people out of the country, including more than 1 million people who fled in the past year, creating a crisis that the United Nations refugee agency said requires the biggest operation in its 64-year history. 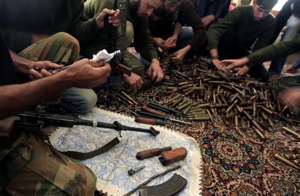 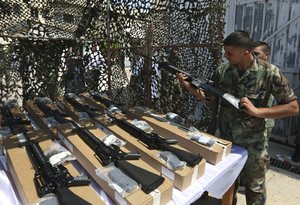 Photo by BILAL HUSSEIN / AP
A Lebanese army soldier inspects rifles Friday at Rafik Hariri International Airport in Beirut. The United States has delivered the first weapons shipment to Lebanon to help its military as it faces a growing threat from Islamic militants.

This story is only available from the NWAonline archives. Stories can be purchased individually for $2.95. Click here to search for this story in the archives.