The Arkansas Poison Center has received two dozen phone calls so far this year from people who have ingested Ivermectin, nearly as many as in the previous fo...

Medical treatment for detainees in the Washington County Detention Center is done on a voluntary basis, including any treatment offered for covid-19, accordi...

Washington County Sheriff Tim Helder on Tuesday confirmed that the medical provider for the Detention Center has been prescribing ivermectin to detainees to ...

Prisoners in the Washington County jail said Thursday they're refusing to take Ivermectin after learning the drug was part of the covid-19 treatment program ...

Last month, an Ohio judge ordered a hospital to treat covid patient Jeffrey Smith with ivermectin after his wife sued, alleging that the facility refused to ...

by The Washington Post - September 8, 2021
Not treating state inmates with ivermectin, agency says

Ivermectin isn't one of the drugs being used to treat inmates who have covid-19, a spokeswoman for the Arkansas Department of Corrections said Thursday after...

Nearly every major medical organization has warned against self-medicating with ivermectin, a deworming drug with both veterinary and human medical uses, to ...

by Megan Lewis-Reed - September 6, 2021
FDA: Do not use livestock drug to treat covid at home

Ivermectin, an anti-parasitic drug commonly used for livestock, should not be taken to treat or prevent covid-19, the Food and Drug Administration said Satur...

The Arkansas Medical Board has opened an investigation following reports that inmates at the Washington County Detention Center were prescribed an anti-paras... 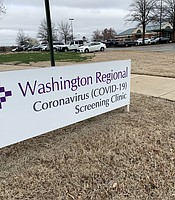 A sign stands March 17, 2020, to mark the entrance of a screening clinic operated by Washington Regional Medical Center at 3318 N. Northhills Blvd. in Fayetteville. The city's Board of Health on Wednesday heard from a physician at the covid-19 unit of the hospital on his experience with patients who said they had taken Ivermectin. (File photo/NWA Democrat-Gazette/Andy Shupe) 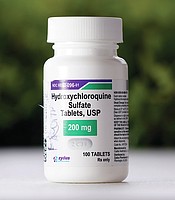 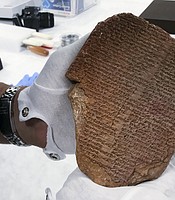 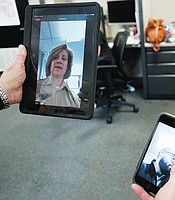 In this Friday, Aug. 13, 2021, photo Sheriff's Police Sgt. Bonnie Busching tests a virtual meeting from her tablet to her teammate cellphone at the Cook County Sheriff's Office in Chicago. The Cook County Sheriff's department officers are hitting the streets with tablets that can connect people in distress immediately with mental health professionals. And Cook County Sheriff Tom Dart says the Treatment Response Team has been successful bringing calm to the tensest of domestic situations involving people at risk of hurting themselves or others. (AP Photo/Nam Y. Huh) 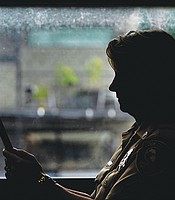 In this Friday, Aug. 13, 2021, photo Sheriff's Police Sgt. Bonnie Busching holds a tablet as she tests a virtual meeting with mental health professional at the Cook County Sheriff's Office in Chicago. The Cook County Sheriff's department officers are hitting the streets with tablets that can connect people in distress immediately with mental health professionals. And Cook County Sheriff Tom Dart says the Treatment Response Team has been successful bringing calm to the tensest of domestic situations involving people at risk of hurting themselves or others. (AP Photo/Nam Y. Huh) 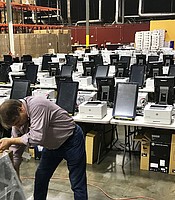 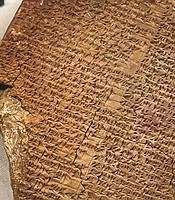 This photo provided by Immigration and Customs Enforcement on Wednesday, July 28, 2021, shows a portion of the Epic of Gilgamesh that was looted from Iraq and sold for $1.6 million to Hobby Lobby for display in the Museum of the Bible. A federal judge in New York has approved the forfeiture of the 3,500-year-old clay tablet. (Immigration and Customs Enforcement-ICE via AP) 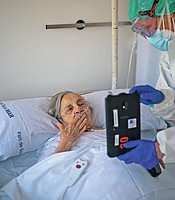 Nurse Marta Fernandez holds up a tablet computer over the chest of 94-year-old Maria Teresa Argullos Bove so that she can speak to her sister, children and grandchildren from her hospital bed at the COVID-19 ward at the hospital del Mar in Barcelona, Spain, Nov. 18, 2020. The image was part of a series by Associated Press photographer Emilio Morenatti that won the 2021 Pulitzer Prize for feature photography. (AP Photo/Emilio Morenatti) 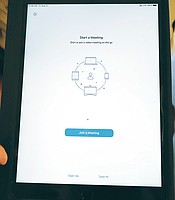 Sheriff's Police Sgt. Bonnie Busching shows a tablet at the Cook County Sheriff's Office in Chicago, Ill., Friday, Aug. 13, 2021. The Cook County Sheriff's Office has started putting people having a crisis face to face with mental health professionals before they lash out at deputies or try to harm themselves and to do it they're taking a page out of countless businesses forced hold their meeting virtually. (AP Photo/Nam Y. Huh) 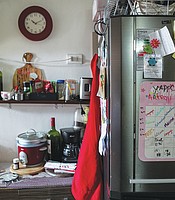 A class schedule hangs on the refrigerator at the home of science teacher Marcela Garcia where she teaches remotely while in person learning is cancelled due to the COVID-19 pandemic in Santiago, Chile, Tuesday, June 29, 2021. Garcia is working with a computer loaned by the school since hers was not powerful enough to run all the software needed to teach remotely, and some students were given tablets, but there were not enough for all of them. (AP Photo/Esteban Felix)