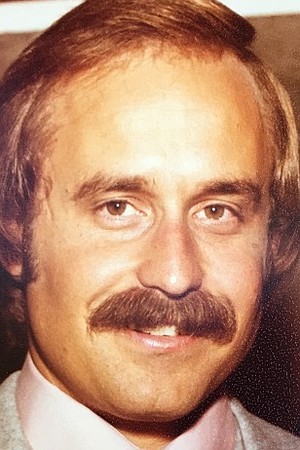 Charles Donald Gay, best known as "Chuck," passed away on October 16, 2021, with his wife of 43 years by his side. Born on Catalina Island off the coast of California on February 12, 1945, Chuck was raised in nearby Long Beach, where he eventually became an honored member of the city's police department. During his distinguished career, Chuck received several Meritorious Awards for his bravery and acumen as a detective sergeant.
Upon retiring from the force, he and his young family relocated to the shores of Beaver Lake in Rogers, Ark., where he operated a private investigation firm, and eventually began a successful career in real estate. Chuck was far more than his professional endeavors, however. He was a devoted husband, father and "Baba;" a gourmet chef and wine connoisseur who loved traveling to the wine country of his native state; the consummate entertainer, planning epic parties for friends and family; and a lover of cars, especially his prize-winning Ford Mustang and his black 1969 Porsche 911.
He is survived by his wife, Patti; his and Patti's children, Samantha Wood (Chris), Natalie, and Anthony (Julianne); his daughters, Michelle Fox, Patricia Phegley (Brett), and Bonnie Reed; his twin sister, Nancy Gay; his mother-in-law, Patricia Deen; his nine grandchildren; his nephews, Dominic Lopez (Lacey), Steve Bell, and Joe Bell; and his niece, Brandy Bell; and his bernedoodle, Opus One. He was preceded in death by his sister, Sherry Clark; his honorary parents Bob and Mary Obenour; his honorary brother, Obie Obenour; his sister-in-law, Pamela Bachman; and Trevor Lopez.
A celebration of life will be held in Chuck's honor in the Chapel at Fellowship Bible Church in Rogers at 11 a.m., Friday, October 22, 2021. In lieu of flowers, please consider a donation to the American Liver Foundation by mail at Charitable Giving, American Liver Foundation, P.O. Box 299, West Orange, N.J. 07052 or www.LiverFoundation.org