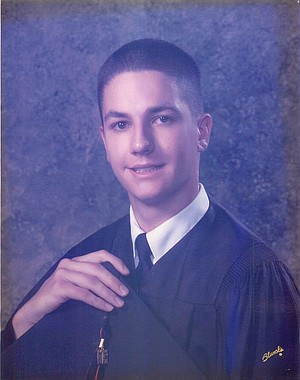 Trevor Cheyenne Ward, 33, of Waldron, Ark., passed away at his home September 17, 2021. He was born November 2, 1987, in Waldron to Diann and the late Marvin Ward.
He is survived by his mother, Diann; his fur babies, Ariel and Gracie; his sister, Jodi Crabtree; and brother, Brent Ward; two nieces: Aubrey Burton and April Turner; one honorary brother, Hosifa Yasin; Aunt Kathy (and husband Doug) White; Uncle Charles Maxwell; Uncle Joe Bill Ward; Aunt Katie Mitchell; and Uncle David McCall (and wife Crystal); as well as several cousins and dear friends who loved him and will miss him very much.
Trevor was a mechanic, he enjoyed tinkering around on some project all the time, he loved his animals, his family, God, his friends, the outdoors, the Arkansas Razorbacks, and any opportunity to lend a hand or help someone in need, even if it meant his last dollar or the shirt off his back. He was a loving son and brother, who had a heart of gold and a sharp sense of humor. He was artistically talented and had a creative mind that could see things that weren't obvious at first glance. He was unforgettable; if you met him, you would always remember him.
He was preceded in death by his dad; paternal grandparents, Carrell and Josie Ward; and maternal grandparents, Willis (Mac) and Clara McCall; one niece: Maycee Lynn; five uncles: Floyd, Johnie, Jerrell, and George Ward and Wayne Mitchell; and one aunt: Juanita Maxwell; and several cousins.
A memorial service will be held at later date, via zoom. Please contact family members for information.