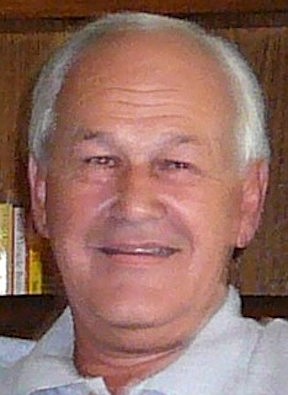 Carlos Edward Williams, 74, known as "Ed" to all who knew him, passed away Thursday, April 29, 2021, of a long illness. Born to Clarence Everett and Gertrude Williams {Huff} January 29, 1947, in Norwood, Missouri, he was the youngest of four children: one brother, John, plus two sisters, Joan and Stella.
Growing up in Raytown, Missouri, he and his siblings attended the Baptist Church where their father was the minister. He enlisted in the Army in 1966 serving four years. After his service he worked in the Houston, Texas, and Philadelphia, Pa., Metro areas in banking management. He moved to Arkansas in 2007 with his wife Georgia Thorsen (Todd). Although a businessman, Ed was a surprisingly exceptional carpenter and builder having learned in his youth at the side of his old-time Dad, 1900-1977, who built homes, barns, and churches. He was an extremely positive person and no problems were too hard to overcome. He was a fighter and he never gave in to the end. Thank you to the surgeons, doctors and nurses at Washington Regional, Fayetteville, Ark., who valiantly applied all their expertise and provided Ed with excellent care. Also, to the doctors and nurses who gave Ed exceptional attention in the VA Palliative Unit at the VA hospital in Fayetteville, Ark., and to Concordia and Circle of Life Hospice nurses in Bella Vista, Ark., and to Stella, for providing comfort to her little brother when growing up.
Arrangements are by Bella Vista Funeral Home and Crematory. Fond memories and condolences may be shared at: www.funeralmation.com.