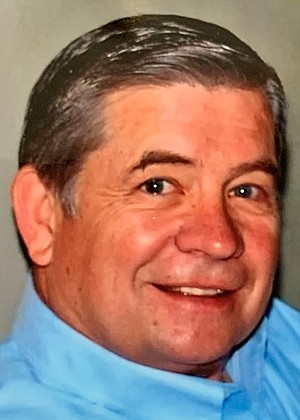 Gary Cole Reynolds, 71, of Little Rock and formerly of Pine Bluff, passed away peacefully at Circle of Life Hospice in Springdale, Ark., on Thursday, July 28, 2021. He was preceded in death by his wife. Debbie Reynolds; father, Robert C. Reynolds; and brother, Terry Reynolds. He is survived by his mother, Doris Reynolds of Benton; brother, Larry Reynolds of Benton; son, Neal Reynolds of Little Rock; daughter, Leslie Penix and husband, Ben Penix of Fayetteville; three grandchildren, Madeline, Graham, and Mary Hollis Penix of Fayetteville; and his furry friend Pepper.
Gary was born in Little Rock and graduated from McClellan High School in 1967. He then attended the University of Arkansas and received a degree in mechanical engineering. After graduating he had a successful career as an engineer with Timex Corporation. Gary then joined Century Tube Corporation in Pine Bluff as an engineer from 1981 to 2002. He served as Chief Engineer and Plant Manager and was eventually appointed a director of the company during his service. In 2002, the company was sold to Allied Tube and Gary remained as General Manager until it closed in mid-2006. He continued with Allied as a consultant in Birmingham, England until his retirement in 2010.
In 1998 to 2005, he was appointed to the Arkansas Waterways Commission by Governor Mike Huckabee, serving as chairman in 2003.
Gary was an avid golfer, Razorback fan, and BMW race car enthusiast. He enjoyed playing with his long-time golf buddies and especially playing in the annual Pine Bluff 4-Ball. He made many lifelong friendships on the golf course, and these remain his closest friends today.
He was a wonderful father to his children and cherished his time on the baseball field with his son Neal. Most recently, his favorite time was spent with daughter Leslie and her family, where he was a most devoted and loving grandpa.
A memorial service to be held Thursday, August 5, at 1 p.m. at Ruebel Funeral Home, 6313 W. Markham Street, Little Rock, Ark. with a visitation following. In Lieu of flowers, memorial contributions may be made to the Leukemia & Lymphoma Society online at www.lls.org/gateway Cremation arrangements are by Nelson Berna Funeral Home of Fayetteville. To place an online tribute, please visit www.bernafuneralhomes.com