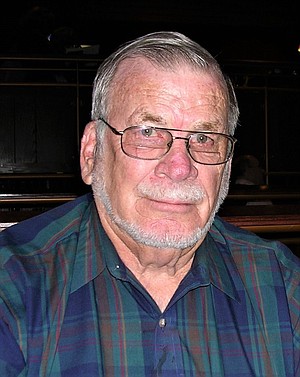 Marvin David Brummett, 83, of Rogers passed away July 4, 2021. He was born August 17, 1937, in Topeka, Kan., the son of Marvin and Evelyn Stilson Brummett. He was better known to his friends and family as David. He grew up in Concordia, Kan., and graduated from Concordia High School with the class of 1955. David received a degree from the University of Kansas in Lawrence.
Following his education he moved to Hutchinson, Kan., and worked for 10 years at Carey Salt Company. He then began his career at Deluxe Specialties in Hutchinson, Kan., where he eventually became President and CEO of the company. While in Hutchinson, he was a member of the Hutch Bunch flying remote control airplanes and the Jaycees. David retired from Deluxe Specialties in 1997 and moved permanently to Rogers, Ark., on Beaver Lake.
He was a member of the Northwest Arkansas Boat Club and Bland Chapel United Methodist
Church, where was the treasurer for 11 years. He is survived by his wife of 20 years Linda Brummett of the home, children Eric (Linda) Brummett of Albuquerque, N.M., Erin (Kent) Klein of Arlington, Va., Barry
Brummett (Michele Coleman) of Phoenix, Ariz., and Dana (Mark) Williams of Austin, Texas, his two stepsons: Scott (Danie) Borkowski of Iowa Falls, Iowa and Steve (Melinda)Borkowski of Vicenza, Italy, his brother Richard (Pixie) Brummett of Saint Louis, Mo., nine grandchildren and two great-grandchildren. He is preceded in death by his parents and previous wife and mother of his four children, Donna Desilet Brummett.
Memorial services will be at a later date at Bland Chapel United Methodist Church.
In lieu of flowers memorial contributions may be made to Bland Chapel United Methodist Church or to the Donor's Choice. Arrangements are made by Benton County Funeral Home.
306 N. Fourth, Rogers, Ark. Online condolences to www.bentoncountyfuneralhome.com.