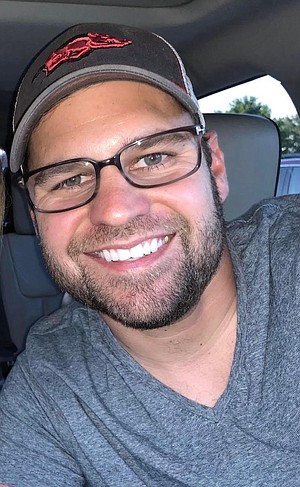 Brian Lee Williams, age 37, of Bentonville died Sunday, January 10, 2021 in Bentonville. He was born November 22, 1983 in Huntsville, Texas the son of Cynthia Achgill and Kenneth Williams.
He enjoyed golfing, hiking, mountain biking, and spending quality time with his family and friends. He loved spending time in the outdoors. He worked with Walmart for about 20 years. He had lived in the Northwest Arkansas area since 2008 after moving from Cabot.
He was preceded in death by: his maternal grandparents; Bill and Marie Achgill.
Brian is survived by: his wife; Christina Williams, whom he married September 22, 2007, his parents; Cindy and Ken Williams, of Bentonville, two daughters; Ava Williams and Aubrey Williams, of Bentonville, one brother; David Williams and his wife Melinda, of Bentonville, numerous nieces, nephews, and cousins, and his paternal grandparents; Kenneth and Barbara Williams, of Bentonville.
A private visitation and graveside services were held.
Memorials to: https://gofund.me/03e968b5.
Arrangements by Epting Funeral Home Bentonville. Condolences: www.eptingfuneralhome.webs.com.