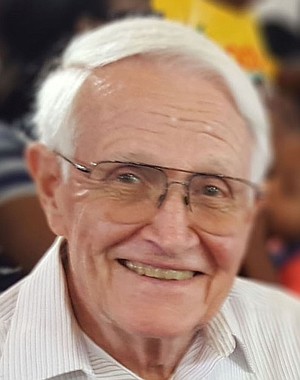 Robert Alan Shannon, son of Leander and Stella Shannon, departed from his earthly bonds on Jan. 9, 2021.

He was born in Lake City, Iowa, on Jan. 2, 1934. He grew up in Fort Dodge, Iowa, spending his childhood summers on Twin Lakes. He graduated from Fort Dodge High School and Drake University, in Des Moines. His early career was spent in radio and tv broadcasting. However, he became a pioneer in the cable tv industry where he spent most of his career. Prior to retirement he was a 20 year board member and working with George Livergood, friend and owner of the Foundation for Telecommunications, Inc., Rogers, Arkansas.

Bob enjoyed boating, fishing and his many dachshunds. He was happiest when in the air. He learned to fly at age 14. He was a pilot of his favorite plane, the P51, during the Korean Conflict where he received a purple heart. He continued to fly with the Iowa Air Guard for 10 years following his return home. His eyes were always on the sky.

He was preceded in death by his parents, his former wife, Donna, stepson, Thomas Jack, and brother, Richard.

He is survived by wife, Catherine, children, Steven, Sheryl, and Robert. He is also survived by step children, David Jack and wife (Marcia), Barbara Beach, Susan Chapman, David Blosser and Karen Becker. He had two grandchildren, Max Jack and Chelsea Arellano, eleven step grandchildren and seven great-grandchildren, one niece and one nephew. He also leaves behind his beloved dog, Schnapps, the last of many.

A private memorial service will be held at St. Andrews Episcopal Church on Friday, Jan. 15, at 2 p.m., for family only. It will be live streamed on Facebook. In lieu of flowers, the family is requesting that donations be given to the Circle of Life Hospice, or any local animal rescue association. Rest in peace, Bob.