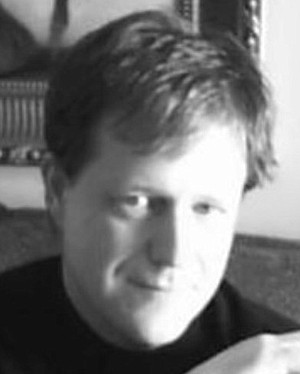 Stephen Brett Williams, 57, of Fayetteville, died peacefully at home after having a heart attack on Tuesday, January 5, 2021. Brett was born December 23, 1963, in Omaha, Nebraska, to Robert and Sarah Strickland Williams. As a child, he lived in multiple places, but ended up calling Fayetteville home, where he attended and graduated from Fayetteville High School. After high school, Brett proudly served in the Air Force before returning to Fayetteville.

Brett was employed in logistics at USA Truck Co. at the time of his passing but had worked in the transportation industry for decades and made many friends during those years. However, Brett was happiest when spending time with his sons or playing, writing and recording music with friends. He was a very gifted guitar player, and his love of music was well known, having played in several local bands in his younger years. Brett's friends loved him dearly and were appreciative of his wit and talent, and he will be remembered as a lover of life, fun, and laughter. He was gregarious and thrived on the exchange of interesting music, ideas and conversations with his friends, but his favorite times were spent on adventures with his sons, who he loved beyond measure.

A memorial service will be held at 2 p.m., on Friday, January 15, 2021, at Moore's Chapel in Fayetteville, Ark. To place an online tribute, please visit www.mooresfuneralchapel.com.