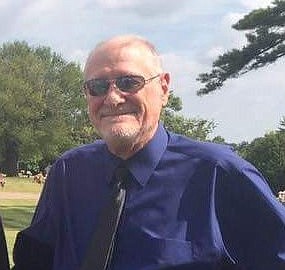 Donald C. Gleason, 79, of Siloam Springs, passed away Saturday, February 13, 2021. He was born April 19, 1941 in Auburn, Ala., to James and Natalie Creel Gleason.
In his youth, Don spent many hours at Fayetteville's Drake Field with his father. During this time, he had the opportunity and enjoyed learning to fly a Piper J-3 Cub airplane at a young age. As an adult, Don served in the United States Air Force during the Vietnam war; it was here that he studied and began his career in the dental lab profession. He also trained in Karate while stationed in Okinawa, Japan. Don completed training and was a dually certified scuba diver by both the Professional Association of Diving Instructors and the National Association of Underwater Instructors. In his professional career, Don was the owner and operator of the Fayetteville Dental Lab for many years and created new smiles for hundreds of Northwest Arkansas residents. In his free time, and after retirement, Don loved driving Corvettes and making new friends.
Don is survived by two sons, Derek and his wife Cindy of Fayetteville, and Dallas and his wife Christi, also of Fayetteville; as well as several nieces, nephews, cousins and other extended family members. Don was preceded in death by his parents and his wife of 54 years, Sharon Lynn Gleason.
Arrangements are under the direction Moore's Chapel in Fayetteville; no service is planned at this time.
To sign on online guestbook, visit www.bernafuneralhomes.com