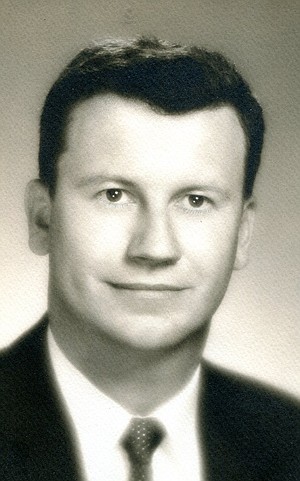 Charles Wesley Stewart III, age 93, of Fayetteville passed away Monday, February 1, 2021. He was born September 25, 1927, in El Dorado, Ark., to Charles and Mettie Adams Stewart. He is a member of First Baptist Church in Fayetteville. He was preceded in death by his parents, and in 2015 by his wife, Joanne Dee Rogers Stewart.
Charlie was an Eagle Scout. He had a lifelong love of nature. He enjoyed bird watching, identifying flowers and canoeing on the Buffalo and other area rivers. Because of his love of nature, he supported many nature conservancy organizations. He was an early member of the Ozark Society and actively supported its efforts to protect the Buffalo River.
He was an avid stamp collector and had a fondness of history. He supported local history and was an active member of the Washington County Historical Society.
At 12 years of age, Charlie moved to Fayetteville from El Dorado and graduated from Fayetteville High School in 1945. He enlisted in the United States Navy at 17 years old. His first day of service was the day the atomic bomb was dropped on Hiroshima. After his active duty, Charlie served in the Navy Reserve for another 5 years.
Following his discharge from the United States Navy, Charlie attended the University of Arkansas in Fayetteville, graduating from the School of Law in 1951. He was licensed to practice law for almost 70 years and was proud of his status of Attorney Emeritus. He was a member of the Washington County Bar Association for 70 years.
While attending college, Charlie was an active member of the Sigma Nu Fraternity. He joined his father at the family's business after graduating from law school. He later became co-owner of Ozark Steel Company with his brother, James Stewart. Charlie continued to work at Ozark Steel Company until his death.
In 1954, Charlie was introduced to his future wife, Joanne, at Heinie's Steakhouse where she was on a date with another gentleman. Later, while at George's on Dickson Street, Charlie asked his friend, Wylie Davis, to help him phone Joanne that evening while she was babysitting at E.J. Ball's home. She agreed to a date. Thus, the rest was history. They married in July 1955 and were together until her death.
He represented Washington County as a state representative for 22 terms. He served in the House on many legislative panels most notably the House Revenue and Taxation Committee. His legislative service began in 1955 until his voluntary retirement in 1999. He served under eight different governors from Orval Faubus to Mike Huckabee. While he served 22 terms, he faced opposition only a few times in his legislative career. He never lost a political race of his own.
He was a member of numerous social and civic clubs including the Scottish Society, the Exchange Club, and the Butterfield Trail Old Men's Breakfast Club.
Charlie enjoyed a wide circle of friends, a good laugh, Saturday lunch with a table of buddies at a local restaurant, and a monthly Friday night poker game with good losers. According to Charlie, he never won. His faith, family and friends were the most important parts of his life.
He is survived by two sons, Charles Wesley Stewart IV and his wife, Glenda, of Houston, Texas, and Thomas Rogers (T.R.) Stewart and his fiancé, Helen Barrack Huff, of West Fork, Ark.; two sisters, Joy Stewart Findley of Wichita, Kan., June Stewart Newkirk of Charleston, W. Va.; one brother, James H. Stewart of Fayetteville; four grandchildren, Micah Stewart Karl, Charles W. Stewart V (Quint), Thomas R. Stewart II, and Nicole J. Stewart; eight great-grandchildren, Tyson, Wyatt, Ryder, Wesley, Chloe, Ellie, Jayden, and Landon.
There will be a private graveside at Fairview Memorial Gardens in Fayetteville under the direction of Moore's Chapel in Fayetteville. There will be a celebration of life service to be announced at a later time.
Memorial contributions may be made to the Washington County Historical Society, 118 E. Dickson St, Fayetteville, Ark. 72701 or First Baptist Church Fayetteville, 20 East Dickson Street, Fayetteville, Ark. 72701. To place an online tribute, please visit www.mooresfuneralchapel.com