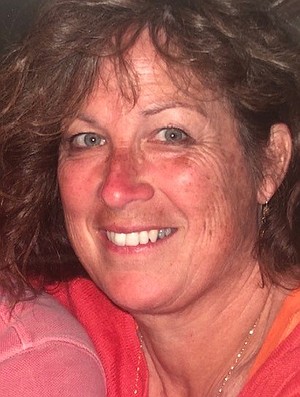 Kathleen "Kathy" Musholt Ward, passed away August 4, 2021. Kathy was born in Hannibal, Missouri, at St. Elizabeth hospital, May 16, 1952, just three minutes after her older identical twin, Katy. At the time she was the fourth child in the family. The Musholt family, Mary, Clyde and their growing brood of, eventually, six children settled in Rogers in 1954, where Kathy spent her formative years with a brief stint in St. Louis from 1964 to 1969. She attended Rogers High School, graduating in 1970. Kathy attended The University of Arkansas where she met her future husband John. They soon moved to North Carolina and spent 18 fabulous years there, having two sons Brandon and Chris. While in North Carolina she graduated from UNC Greensboro and worked as a CPA for many years and as an auditor for Guilford College in Greensboro, N.C. The Ward family moved back to Northwest Arkansas in 1990 and Kathy began work as the head accountant at Underwood's Jewelers for ten years before becoming the head auditor for the University of Arkansas system in 2001.
Kathy most loved vacations at the Outer Banks of North Carolina with family, enjoyed hiking with her good friends in the Ozarks, driving MG and her Miata convertibles, and tailgating before Razorback football games. She was known as the peace-maker among the six Musholt siblings, and was always volunteering to help family whenever and wherever they needed it. She was kind, an advocate for others, thoughtful, easy going, and helpful to anyone in need of support. Kathy loved crafting; whether crocheting, sewing, or making jewelry, designing homes for the family business, or collecting crazy socks. She enjoyed the many Musholt family get-togethers throughout the years, and the whole clan will have a margarita in her honor at the next event. She will be fondly remembered and missed by her sisters, Jo, Katy, Mary Beth, Vicki, her brother, Mike, and countless nieces, nephews and friends. She is survived by her husband, John sons, Chris and Brandon, and two grandchildren, Alec and Maria. Kathy was an active member of St. Vincent de Paul in Rogers where a mass will be held in her honor.
A visitation will be held on Wednesday, August 11, 2021, from 5-7 p.m., at Nelson-Berna Funeral Home of Rogers. A funeral mass will be held on Thursday, August 12, 2021, at 10 a.m., at St. Vincent de Paul Catholic Church. A private family inurnment will be held at Goad Springs Cemetery.
In lieu of flowers, memorial contributions can be made to Circle of Life Hospice, Shriners Hospital, or the Arkansas Children's Hospital of Northwest Arkansas. To place an online tribute please visit: www.bernafuneralhome.com