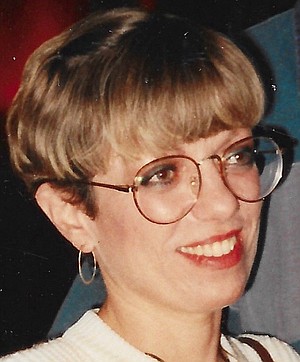 Jan Carol Altman Soderstrom, of Winston-Salem, N.C., died April 7, 2021, at the age of 71, of cancer. She was born May 22, 1949, in Cincinnati, Ohio, to the late Howard Altman and Joanne M. Pollock. She was an educator. Jan was raised from early childhood in Fort Smith, Arkansas, by Joanne and Ben S. Pollock Sr., who preceded her in death, graduating from Southside High. She earned a bachelor's degree from the University of Tennessee in Knoxville in 1971.
She left her career in elementary education to raise her sons, Kirk W. Soderstrom and Kristopher J. Soderstrom, with her then husband, William G. Soderstrom now of Highlands, North Carolina. Jan performed extensive volunteer work at the Oakridge School in Arlington, Texas, while the boys attended. Later, she refreshed her educational credentials and worked in a public-separate school in Durham, North Carolina. She fell in love with working with mentally-challenged and developmentally-disabled clients of all ages. Jan moved into management of group homes and sheltered workshops as well as working individually with autistic clients and their families before her retirement in late 2018.
Funeral was April 9, 2021, at Temple Emanuel of Winston-Salem, officiated by Rabbi Mark Cohn. Survivors in addition to her two sons include her brother, Edward N. (Dinah) Altman of Los Angeles, half-brothers Ben S. (Christy) Pollock Jr. of Fayetteville, Arkansas, and Howard (Linda) Altman of Florida, and daughters-in-law and grandchildren, Marina (Kirk) Soderstrom and Matthew of Los Angeles, and Sandra (Kris) Soderstrom and Liam, Olivia and Hunter of Raleigh, North Carolina.
Jan asked that her family convey thanks to "all of those who cared for me during my last days Somerset Court at University Place in Winston-Salem. I am grateful to Gail for watching over my loyal and aging poodle HoBo."
Her family on April 10, 2021, followed her wish and scattered her ashes into the Atlantic Ocean at Washington, North Carolina, near where she had scattered those of her dad Howard.