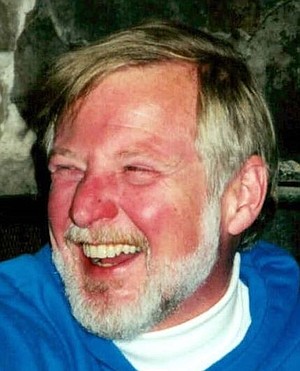 Albert Carter Hardage, died March 25, 2021, at his home in Little Rock, Ark. Carter was born in Hope, Arkansas, to Edith and Albert Hardage. They preceded him in death as did his brother Harry. His wife, Patricia Texter Hardage died in December of 1995. Her death was the great loss of Carter's life. He is survived by his nephew, Larry Hardage, who maintained a close bond with Carter over his lifetime, and was much loved by him. He is also survived by his brother Harry's wife, Patricia Hardage and his niece Amy Hardage Clark. His two beautiful great-nieces and a host of cousins are also left to cherish his memory. Carter graduated from the University of Arkansas in 1968 and began his military service in the Army soon thereafter. He served his country in South Korea, and always told friends that he loved the military, and had he not gone to law school, military service would have been his career choice. After Korea, he returned to the University of Arkansas to attend law school, received his law degree and was admitted to the Arkansas Bar in 1975. Woo pig sooie! He worked as law clerk for Federal Magistrate Judge Robert Faulkner and for United States District Judge William Overton. In 1980 he was hired as Assistant Attorney General in the Criminal Division by Attorney General Steve Clark. He represented Arkansas Department of Correction employees in hearings before Magistrates and Judges in more than 300 lawsuits during his tenure with the Attorney General. When he was hired, the U.S. Department of Justice had functional control of the Arkansas Department of Correction after the federal courts found that they were operating unconstitutionally in Hutto v. Finney. He and Assistant Attorney General Dennis Molock represented the agency in the successful resolution of that case, returning control to the State. He was promoted to Deputy Attorney General in the Criminal Division, and he served in that capacity until January of 1991. Among his accomplishments, he served a fellowship with the United States Supreme Court sponsored by the National Association of Attorneys General. He returned to the U.S. District Court for the Eastern District of Arkansas for the remainder of his legal career working for the Magistrate Judges on appeals in Social Security Disability cases. His mentor and close friend, United States Magistrate Judge Henry Jones remained a part of Carter's life for all of his professional career, and their friendship continued after Carter's retirement in 2014. Go Hogs! Carter always valued his community connections. Some of his favorites were Joe Purvis' Little Joe and the BKs and all the people he met while being a part of that group. He also was a strong supporter of preserving the history of the Quapaw Quarter in downtown Little Rock, living there for more than fifty years. He made friends for a lifetime volunteering at Riverfest for more than 15 years. He had more friends than most and they represented a wide range of people, CEOs and custodial staff, colleagues and clients, college presidents and students. He treated each of them with courtesy and respect and if he loved you, you were lucky indeed. Wooo Pigs! In recent years, Carter retreated into a smaller, quieter world. He was fortunate to have made the right friend at the right time forty years earlier. Diana Wilson was there for him through everything that came his way, and his life was better because they had one another's friendship. Her daughter Cassie and grandson Austin spent one evening each week bringing him joy and special care. As far as Carter was concerned, they were family. Carter was a Sigma Chi, with great friendships made with his fraternity brothers. He was active in the alumni group in Little Rock for many years, and he always found a friend when he met a Sigma Chi. He and Henry and Mary Hodges, Jeff and Carole Shannon and Jim and Mary Katherine Williams renewed their friendship each spring for more than forty years by meeting on Mt. Nebo with good food, good beer, good conversation, good board games, unforgettable memories and Carter's great cheese dip! Woo pig sooie! There will be a gathering of "Friends of Carter" in May of 2021. The specific date, time and place will be communicated later. Carter requested that the Sigma Chi White Rose ceremony be made a part of this gathering and hoped brothers would gather to say goodbye. The White Rose ceremony will take place at Carter's grave at St. Mark's Episcopal Church'so columbarium before the gathering in May. His friend of more than fifty years, and Sigma Chi Brother Jeff Shannon, will lead the ceremony. In lieu of flowers, Carter requested donations be made to the various funds of the Sigma Chi Fraternity. Because of Covid-19 health concerns, we know that many would not have been able to attend a gathering now. Until we are together, grab a beer, put on some Jimmy Buffett or Eagles and toast the memory of one of life's truly wonderful men. Oh yes and call the Hogs!