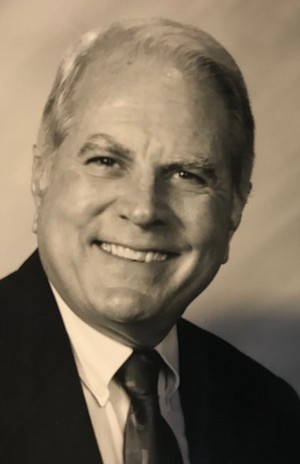 John Martin Rosso, of Fayetteville, Arkansas passed away on Thursday, October 29, 2020 at the age of 89. He was born July 13, 1931 in Huntington, Arkansas to Martin and Genevieve Rosso.
He was preceded in death by his parents; his two sons, Stuart Martin Rosso and John Richard (Rick) Rosso both of Fayetteville, his sister Georgiann Rosso Joyce of Ft. Smith, Arkansas; and a nephew Keith Joyce of Ft. Smith.
He is survived by his wife of 66 years, Jean Burnett Rosso; his daughter, Karen Rosso of Fayetteville; his grandchildren, Lauren Rosso and husband Turner Tomlinson of Fayetteville, Samantha (Sam) Rosso of Fayetteville, Chris Tedford and wife Hilary of Fayetteville, Erin Ternes of Fayetteville, Justin Ternes of San Diego, California, Elle Ternes of Chicago, Illinois, and John Michael Ternes of Fayetteville; nephews, Kyle Joyce of Fayetteville and Kenneth Joyce of Ft. Smith; daughters-in-law, Sharon Buss-Rosso, Ann Rosso, and Rhonda Crider all of Fayetteville; and numerous other extended family and close friends.
John grew up in Huntington, Arkansas and graduated from Mansfield High School in 1949 and from the University of Arkansas in 1958 with a bachelor's degree in journalism.
He served in the U.S. Air Force as a Second Lieutenant and as a Communications Operation Officer for the 8th Fighter-Bomber Wing in Korea and Japan from 1953-1955.
John married the love of his life, Jean, on March 13, 1954. They moved to Houston, Texas where he worked for Shell Oil Company as editor of their publication. He was appointed Public Relations Representative and two years later was made Manager of the Public Relations Department.
All three of John and Jean's children were born in Houston. He left Shell Oil in 1962 to join the Arkansas Alumni Association at the University of Arkansas in Fayetteville as Assistant Director in charge of the Alumni Annual Giving Programs. He then became Executive Director of the Arkansas Alumni Association in 1963. In 1987, John was promoted to Assistant Vice Chancellor for Public Relations and then for Planned Giving in 1988 where he served until his retirement in 1995.
He was a member of Central United Methodist Church in Fayetteville.
John was a little league baseball coach for Stuart and Rick and served on the Sherman Lollar Little League Board of Directors. He loved to play golf with Karen, Stuart and Rick at the Fayetteville Country Club when they were kids and continued to play golf at FCC and then Paradise Valley in his retirement years.
John was an avid sports fan and especially loved the Razorbacks. He rarely missed a home football, basketball or baseball game.
A consummate volunteer, he held leadership positions in many organizations including serving on the boards of the American Alumni Council, Council for Advancement and Support of Education (CASE), Blue Key of UofA, Lion's Club, Early Bird Investment Club, Fayetteville Country Club, United Way, City Hospital and Washington Regional Foundation.
There will be no service and in lieu of flowers, a memorial gift may be made to Washington Regional Foundation or the Willard Walker Hospice Home, P.O. Box 356, Fayetteville, Ark. 72702.
Cremation arrangements by Beard's Funeral Chapel.
Condolences at www.beardsfuneralchapel.com.