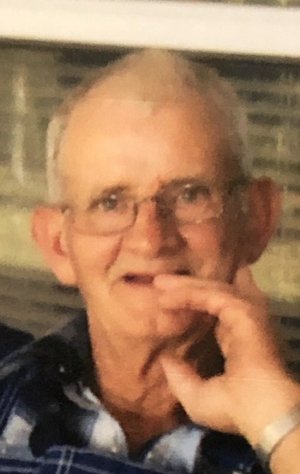 Bud W. Gulledge, 71, of Crosses, Arkansas; died Saturday, March 28, 2020, at his home. He was born Sunday, October 10, 1948, at Delaney; to Ernest and Allie Patrick Gulledge. Bud was preceded in death by his parents; one daughter-in-law, Susan Gulledge; and one brother, Jack Gulledge.
Bud married Diane Stephens on Saturday, November 15, 1969; at St Paul; and together they were parents to two sons. He is survived by his wife of 50 years, Diane Gulledge of the home; two sons and daughters-in-laws, Rick and Melinda Gulledge of Georgetown; and Jamie and Tiffany Gulledge of Crosses; seven grandchildren, Dilon Gulledge, Brittany Martin, Cody Gulledge, Samantha Gulledge, Stephen Gulledge, Jesse Gulledge, and Noble Gulledge; three great-grandchildren, Trevor, Maxwell, and Addalee; two brothers and sisters-in-law, Bob and Sandy Gulledge of Delaney; and Jim and Marie Gulledge of Aurora; and four sisters and one brother-in-law, Euphemia Sargent of Delaney, Flora and Liga Stamps of Springdale, Wretha Gulledge of Springdale, and Sue Sisemore of Springdale.
They attended services at Crystal Hills Fellowship in Elkins. Bud was a heavy equipment operator for the Madison County Road Department for over twenty years; he then partnered with his brother Bob in a logging business for over 26 years. He built his home and homes for his children and grandchildren, he also raised beef cattle until his passing. Bud had a strong work ethic and was known to help anyone in need. Bud was a self-made man.
Private graveside services will be at Patrick Cemetery with Jasper Hankins officiating. Pallbearers will be Dilon Gulledge, Stephen Gulledge, Hunter Schulz, Evan Schulz, Andy Weinstein, and Tate Huff. Honorary pallbearers will be Gary Glenn, Steve Glenn, Milo Miller, Brownie Mullen, Liga Stamps, and Darren Williams.
The family would especially like to thank hospice nurses, Cathy Houser and Kim for their compassion and excellent care. In lieu of flowers, memorials in Bud's name may be made to Willard Walker Hospice House, 325 E Longview Street, Fayetteville, Ark. 72703. Services are entrusted to Brashears Funeral Home and Crematory of Huntsville.