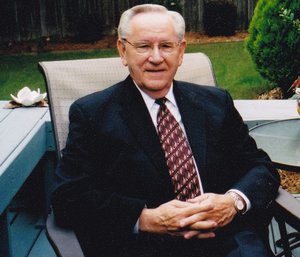 Tommy was a lifetime pastor and knew from the very young age of 11 that God had called him to ministry. This is when he accepted Jesus as his Lord and Savior. At the age 15 he surrendered to the ministry and at 17 he was ordained.

He received his schooling at the Southern Baptist College (1948), Baylor University (1952) and completed his education at Southwestern Baptist Theological Seminary. He began his ministry in Little Rock at the Roland Baptist and Pilgrims Rest churches. He then moved to Brown's Chapel in Paragould. From there, he spread the word at churches in Waco, Texas, Altus, Okla., Wichita, Kan., Kensett, Ark., Paris, Ark., and West Memphis, Ark. Tommy served with the Washington Madison Association in Fayetteville. He worked at the Evangelism Explosion as Vice President of the U.S. and English Speaking Caribbean.

In more recent years, he was the assistant pastor at Cross Church, and Interim Pastor at First Baptist Church in Rogers, Salisaw, Okla., and Paris, Ark. Altogether he was in the ministry until his passing encompassing 73 years.

He was preceded in death by his parents; children, Lee Hinson and Paula Butler; grandson, Aaron Hinson and 12 brothers and sisters.

In lieu of flowers, you may contribute to the Scholarship Fund at Williams Baptist University in Walut Ridge, Ark.