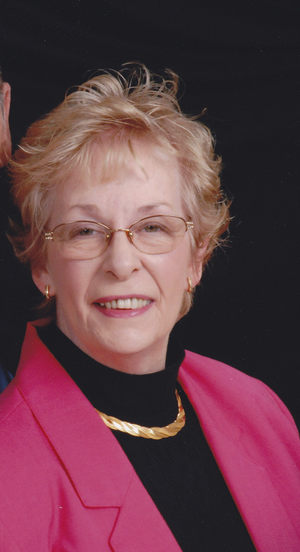 She was preceded in death by her parents and her brothers, Jerry and John Coquillard.

Nancy worked in the banking industry in Illinois, rising to the position of Vice President. She spent 25 years in banking and later worked as a marketing and admissions coordinator at an Elgin, Ill. Nursing Home.

Loving wife of Dale, they married in 1966 after his return from Viet Nam as a US Marine. Since moving to Bella Vista in 2005, they shared many happy times with friends and family. They were not only married for 53 years, but they were best friends too. They truly enjoyed their time together.

There will be a wake at Bella Vista Funeral Home on Wednesday, January 29th from 5-7 p.m., Mass of the Resurrection will be at Saint Stephen Catholic Church, 1300 NE J Street, Bentonville, Ark. at 10:00 a.m., Thursday, January 30th. Burial will follow at Bella Vista Memorial Garden.

Arrangements are by Bella Vista Funeral Home & Crematory. Online condolences may be made at www.funeralmation.com.