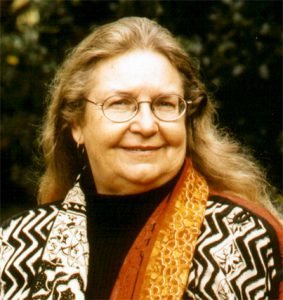 Anne was born on March 22, 1934 in Siloam Springs, Arkansas (in the hospital, which in 1934 was above the firehouse), to Paul Ragsdale and Manilla Maude Longan.

Dr. Anne Wilson Schaef was an internationally known author of 17 books including her New York Times bestseller, When Society Becomes an Addict. Her book Meditations for Women Who Do Too Much sold millions of copies around the world in many languages. She was a huge supporter of women, indigenous people and all creation. She traveled extensively, teaching, speaking and touching many people and making a profound impact on millions of lives with her Living in Process work and sharing her Cherokee upbringing. She called herself a proud hillbilly, loved auctions, being in nature, and was grateful for the wonderful life she was given.

She is survived by her husband, John Charles "Chuck" Tesmer of the home; lifetime companion/manager, Pete Sidley of the home; son, Rodney Wilson of Louisville, CO; daughter, Beth Wilson of Portland, Ore.; grandson, Alexander Saavedra of Calif., Hanai daughters Annika Hirmke and Kapua Chandler; Hanai grandsons Jack Hutchens and Aiden Kelly; her beloved international Living in Process network; Family members Josephine Potter of the home and Roger Westbrook of Kauai and her beloved elder dog Coyote (and Bud and Squeaks) and numerous kids from Boulder, Colorado and around the world. She is preceded in death by her father that raised her, Virgil Willey, and her sisters Peggy Williams, Mary Kahn, Andrea Axtell, Jeanette Timentwa, and Raphaela Best. She has extended family throughout the world including on the Blackfoot Reserve in Canada; Ohana on Kauai; Chicago; Arizona; Owensboro, Kentucky; Siloam Springs; Montana; Croatia; New Zealand and Australia. She always said that everybody was her family and lived that way.

A private burial will be held at Baptist Mission Cemetery of Adair County, Oklahoma under the direction of Backstrom-Pyeatte Funeral Home. To sign the online guestbook, please visit www.backstrom-pyeatte.com.