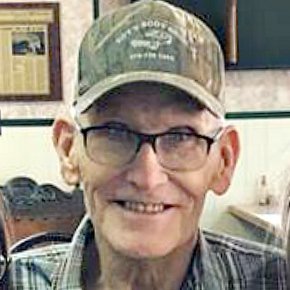 Leslie Lee Gamble Jr., 86, of Huntsville, passed away May 23, 2018, at Fayetteville. Les was born December 5, 1931, in Kansas City, Kan., to Leslie and Elsie Mauldin Gamble. He played basketball and baseball in his youth and was employed as office manager for Huntsville Lumber for 43 years before he retired. Les loved playing golf, getting coffee at the Crossbow Restaurant, mowing his lawn, and working in his garden. He was a member of Calvary Baptist Church and loved his grandchildren dearly.

Les was predeceased by his parents; two brothers, Byron Gamble and Dale Floyd; and one sister, Evelyn Rowland. He is survived by his wife, Beth Gage Gamble of the home, to whom he was married for 66 years. Les is also survived by his three daughters and sons-in-law, Vicky and Charlie Hudgins of Clifty; Cathy and Kim Tipton of Huntsville; and Pat Crider of Huntsville; four granddaughters and grand-sons-in-law, Kelly and Jeff Powell, Kaye and Jeremy Johnson, Cari and Doug Davidson, and Hannah Crider; two grandsons and grand-daughters-in-law, Chad and Jerri Faye Tipton, and Jack and Brook Hudgins; 13 great-grandchildren; and one great-great-grandchild on the way.