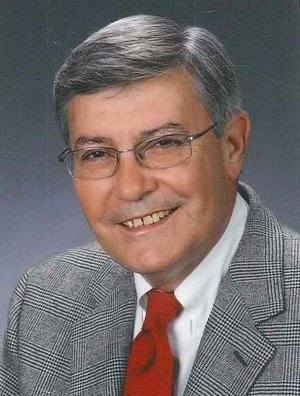 A box of Parodi cigars, a fifth of single malt scotch, and a flight of unsuspecting ducks welcomed Dr. Hugh F. Burnett II to heaven on May 14, 2018. He took his final breath at Baptist Medical Center in Little Rock, his "home away from home" for the last 42 years. He loved the hospital and all those who worked in it.

Hugh was born August 3, 1942 in Shawnee, Oklahoma to Hugh Franklin Burnett and Selma Hull Burnett. Hugh's father was a World War II bomber pilot who was shot down over Belgium after ordering his crew to parachute. Sadly he did not survive, but Hugh's father remains a hero in our family. Selma remarried to Herbert L. Wineland, M.D. in 1945, and from that union Hugh was blessed with six siblings who always looked up to their big brother.

Hugh grew up in Gunnison, Colorado and Nashville, Tennessee while his second father finished his education. The family moved to Pine Bluff in 1955, where Hugh graduated from high school. He attended both Christian Brothers and Tulane University, graduating in 1963. In graduate school he worked towards a master's degree in zoology. The University of Arkansas School of Medicine occupied his next four years.

In 1969 he married Sally Roberta Trammell from De Queen. Their first son, Hugh Franklin Burnett III, was born later that year, followed by Thomas Wilson Burnett in 1973. Medical school led to residencies in general and cardiothoracic surgery also at UAMS. Although Hugh specialized in lung and esophageal surgery, he retained his cardiothoracic board standing throughout his career. His professional affiliations are too numerous to list.

Hugh joined The Surgical Clinic in 1976 with Grimsley Graham, M.D. A short time later, Everett Tucker, M.D. joined the two to create an incredible triad of surgeons. The Surgical Clinic grew immensely over the years with too many fine surgeons to name. The clinic paralleled the rise of the Higginbotham Surgery Center on the Baptist campus.

Hugh was a teacher despite his non-academic career path. He educated hundreds of nurses, physicians, and hospital staffs throughout his 40-year surgical span. Calm as any under pressure and with an unbreakable shell, Hugh was a teddy bear on the inside. His emotions were deep but he could always keep them in check. Almost always.

What little free time Hugh had was devoted to his wife, his two sons, and his five granddaughters. He rarely traveled unless there was a medical meeting, gun show, shooting competition, or hunt at the other end of the journey. He never joined a country club or played golf. His time was spent with his family. Every Sunday night at Hugh and Sally's home was "girls night". They adore their Paw and Sassy.

Nobody knew Hugh better than his loving and beautiful wife Sally. She did it all at home, and still does. She endured the call nights when Hugh was gone all night, the many nights when he arrived home at insanely late hours, and the phone ringing all night when he was on call. Just under 50 years of cooking, cleaning, kids, grandkids, and unconditional support and love! Hugh was blessed to have found the perfect wife and mother.

A special thank you to Stephen Hutchins, M.D., Derlis Martino, M.D. and John Ransom M.D. for their sacrifice of time and expertise. We can't thank you enough for your heroic efforts. Thanks also to Drs. Nancy Rector, Keerthy Narisetty, Eyad Abochale, and Shane Kimball. The nursing staff in the CVICU was exemplary. Thank you, Rebecca, and all those who cared for him.

Visitation will be at Griffin Leggett Healey & Roth, 5800 West 12th, on Friday, May 18 from 5-7 p.m. Mass of Christian Burial will be held at Christ the King Catholic Church on Saturday, May 19 at 10 a.m. Donations can be made to Ducks Unlimited or the Humane Society of Pulaski County. Please visit www.griffinleggetthealeyroth.com for the online tribute.