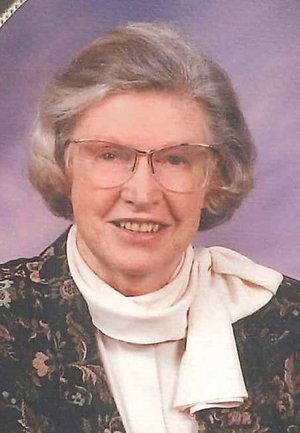 A memorial service will be held at 11 a.m., Saturday, May 19, 2018 at First Christian Church of Berryville, with Pastor Skip French officiating.

Betty was born on her grandparents' farm on Crooked Creek south of Harrison, Arkansas on January 1, 1921. She was the Valedictorian of her senior class. On May 6, 1942, she was united in marriage to Robert Clark Hanna. As her husband served in the US Army, Betty contributed to the WWII effort by serving as the personal secretary to various high-ranking members of the armed services. After the war, Betty worked for many years at the First National Bank of Berryville. She retired from the Farmers Home Administration.

She was a longstanding member of First Christian Church (Disciples of Christ) of Berryville; The Aesthetic Club; and Daughters of the American Revolution. A devoted library patron, she served on the County Library Board for several years. Betty's true passions were her family, genealogy, reading and birdwatching.