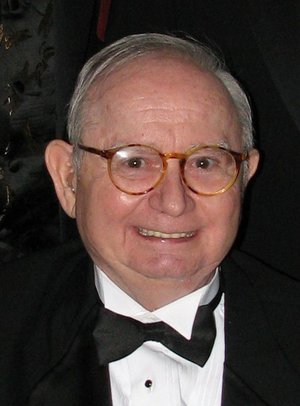 Judge Robert Foreman Fussell died on May 1, 2018 at his home in Little Rock. He was 80 years old. Fussell, known affectionately as Bobby by virtually everyone, never married, but as close friend Ron Robinson remembered, "His friends were his family." Giving to his friends and to his community and state was his life.

Born in 1938, Fussell was a native of Forrest City. His father, James Fussell, ran a cotton gin and service station. His mother, Dorothy Hall Fussell, was an editor of the local newspaper, The Times Herald. After graduating from Forrest City High, he earned a degree in business and a law degree from the University of Arkansas in Fayetteville. A two-year stint as a U.S. Army officer came next, followed by another two years with the National Labor Relations Board in Kansas. He then returned to Arkansas to practice law and begin his fabled career in public service.

Fussell was a fighter and when he was appointed Assistant United States Attorney for the Eastern District of Arkansas, he did not shy away from the difficult and notorious criminal cases. He despised corruption. In his early career, he was instrumental in the conviction of two prominent state senators for tax evasion – Sen. Guy "Mutt" Jones and Senator Q. Byrum Hurst.

Most famously, he prosecuted the case against Jim Bruton, the superintendent of the Tucker Unit of the state penitentiary, for mistreatment of prisoners.

Specifically, Bruton was charged with having inmate "trusties" whip other prisoners with a wide, thick strap and also for torturing inmates with the infamous Tucker Telephone. Though Bruton's trial did not lead to a conviction, Fussell is credited with beginning litigation that ultimately resulted in the Arkansas penitentiary system being declared unconstitutional.

In 1983, the federal district judges for the Eastern District of Arkansas, Western Division, appointed Fussell a United States Bankruptcy Judge. In that capacity, he oversaw the fourth largest Chapter 11 bankruptcy case in U.S. history - Fairfield Community, Inc. Fairfield would ultimately emerge from the reorganization to become the second largest timeshare residential developer in the country.

Fussell had a particularly close personal relationship with former Eighth Circuit Court of Appeals Chief Judge Richard S. Arnold. Intensely loyal, Fussell never forgave President Bill Clinton for failing to appoint Arnold to the United States Supreme Court. As a champion for renovating the old federal courthouse in Little Rock for use as a bankruptcy courthouse, Fussell credited Arnold with gaining the release of the necessary federal funds to complete the task.

Fussell's life was one of service and giving. Early on, he committed to spending 40 percent of his time on representation of the hearing impaired and disabled veterans. He never charged legal fees for this work. He once said that disabled veterans are "the bravest and most heroic people I know."

He was equally devoted to work for the deaf. Because of his work in projects such as Super Speech, he publicized to the courts and business community the special needs of the hearing impaired and set up sign language classes. Fussell himself was a victim of hearing impairment and learned how to sign early on as a result.

He was further known for counseling people in deep depression on how to dig themselves out of their personal pits with the appropriate psychological care. He would also routinely help out friends in financial straits or those who simply needed a temporary bed in his guest room which he called the Fussell Halfway House.

Fussell was beloved across the State. No one had more friends in all walks of life. U.S. Senator David Pryor once said at an event honoring a well known dignitary that that person was liked as much as anyone in the State with the possible exception of Bobby Fussell.

What Fussell especially enjoyed was entertaining his friends. He would routinely load up an Arrow bus with a group of his friends and take them down to Murray's in DeValls Bluff for barbecue. Or he would hold a neighborhood party in Little Rock before a Razorback football game, or coordinate a fishing expedition down the White River.

He further relished travel to entertainment meccas like Las Vegas and outside the country to places like San Miguel de Allende in Mexico.

Fifteen years ago he suffered a debilitating stroke which left him paralyzed on his left side. Ironically, he had just retired from the Bankruptcy Court and was set to embark on a trip around the world. Now he was more and more reliant on close friends and caregivers, but he did not let the paralysis defeat him. Caregiver Crawford Matthews (Matt) willingly showed the strength, kindness, and reliability that was required for him. Another close friend who radiated loving kindness towards him and made his life in the later years, if not perfect, at least palatable, was Helen Benafield. His family and friends thank them both for their abundant and extraordinary care.

Fussell was devoted to the law both as a practicing lawyer and judge. He fervently believed that the practice of law was a moral obligation to help other people have a better quality of life. His gifts to legal education were especially noteworthy. With former Dean Richard Adkinson, he created the Robert Fussell Reading Room at the Law School in Fayetteville where considerable funds were raised in his honor. He further taught trial practice to law students at the Bowen Law School in Little Rock and mentored countless young lawyers. Two years ago he was awarded the Outstanding Lawyer Award by the Arkansas Bar Association.

His friends agree that three attributes defined Bobby Fussell – his rocking sense of humor, his integrity, and his loyalty to friends and causes.

Funeral services will be held at 11 a.m. on Friday, May 4, at Trinity Episcopal Cathedral in Little Rock, with the Reverend Canon Andy Jackson officiating and the Reverend Billy Hawkins assisting. A list of Honorary Pallbearers will be furnished at the service.

A graveside service will be conducted in Forrest City at Forrest Park Cemetery at 4 p.m. the same date. Memorials should be made to the School of Law, University of Arkansas, 1045 West Maple, Fayetteville, Arkansas 72701 - Robert Fussell Pro Bono Scholarship Fund. Funeral arrangements are made by Ruebel Funeral Home. www.ruebelfuneralhome.com.