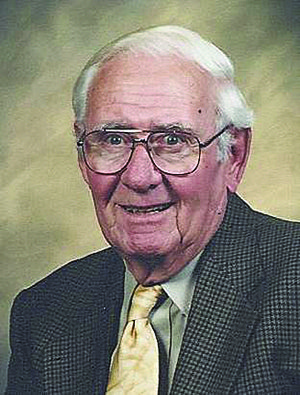 He attended Arkansas College (now Lyons University in Batesville, Ark.) He attended Ouachita Baptist University, then he proudly served his country in the United States Navy during World War II, where he obtained an honorable discharge.

He had lived in the Northwest Arkansas area since October 2003 after moving from California. In 2006, he wrote an historical article about the Hickerson family, who settled in Independence County and received "Historical Heritage Award" from Independence County, Ark.

He was preceded in death by his parents; his wife, Naoma DeLay Hickerson in March 1997; and his son-in-law, Dennis Stump in September 2012.

A memorial service will be at a later date in California.

Memorials may be sent to the donor's choice.

The family wishes to thank the staff of the Bradford House and Circle of Life Hospice Home at Legacy Village for the care and compassion they gave to John in his last weeks of life.

All arrangements by Epting Funeral Home of Bentonville.