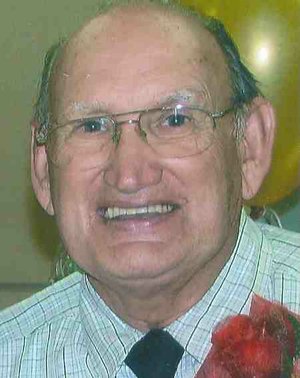 He had a close, personal relationship with Jesus that showed through his interactions with all who knew him. He was a member of the Church of God Seventh Day in Springdale.

After graduating from high school, he worked for 19 years for Boeing Aircraft in Wichita. In 1969, he moved to Rogers where he owned and operated the Hartley's Daylight Donut Shop on Walnut Street for two years. Then, he built houses and churches for a lot of local contractors in the area until he retired in 1994. He was a volunteer at the Rogers Recycling Center after he retired.

He enjoyed spending time with his family, bowling, fishing, and traveling. He also enjoyed watching the Razorbacks, westerns and game shows.

Charles was a loving husband, father, grandfather and great-grandfather.

He was preceded in death by his parents; one grandchild, Michael McGarrah; and one son-in-law, Russell Mills.

Visitation will be Tuesday at 1 p.m. until service time at First Baptist Church Lowell.

Celebration of Life Memorial will be at 2 Tuesday at First Baptist Church Lowell with Rev. Gary Thomas officiating. Interment to follow at Rogers Cemetery

In lieu of flowers, the family requests memorials be made to NWA Children' Shelter (www.nwacs.org) 14100 Vaughn Road, Bentonville, AR 72712 or www.heifer.org.