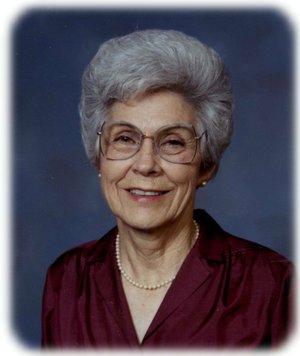 Mabel Lorene Breeding Stroud, a loving mother, grandmother and great–grandmother, passed away May 12, 2013, at the Willard Walker Hospice House in Fayetteville, Ark. She was 88 years old. She was born in Mount Vernon, Ark., on Feb. 2, 1925.

She graduated from high school in Floyd, Ark., where she played basketball and met her husband, Delton Kermit Stroud, at Red Hill. They later moved to Little Rock, Ark., where she became the non-foods manager of the grocery store chain Weingarten's from the store's opening until it closed the doors.

She is preceded in death by her parents, M.E. Breeding and Ruby Garret Breeding; and her husband, Delton Kermit Stroud.

The online guestbook can be signed by visiting www.rollerfuneralhomes.com.