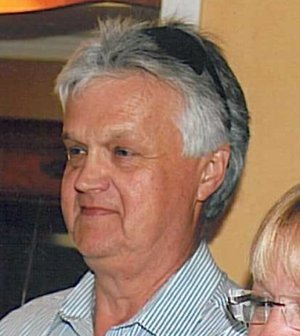 Ben was a master craftsman restoring many local historical buildings including the Archibald Law Library in Fayetteville. He designed and created the most beautiful clocks and furniture in the world and left his children many treasures. He loved and served his mighty God and valued his family more than anything on earth. His family will miss him dearly.

He is preceded in death by his father.

Funeral services will be held at 10 a.m. Friday, May 17, 2013, at Fellowship Bible Church in the Training Center with Pastors John Barclay, Mickey Rapier, Stuart Bell and Bob Willhite officiating.

He will be laid to rest at New Home Church Cemetery in Bentonville, a church he had lovingly restored.

Arrangements have been entrusted to Stockdale-Moody Funeral Services of Rogers. Words of comfort may be expressed or memories shared at stockdalefuneral.com