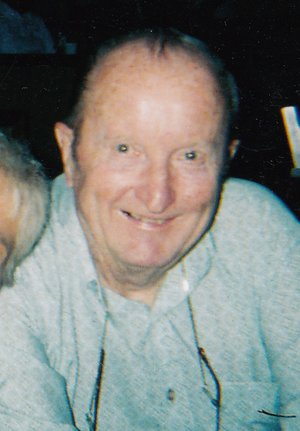 Dan was a 1950 graduate of Dermott High School and attended the University of Arkansas at Monticello where he completed his pre-med courses. Later, he attended the University of Arkansas for Medical Sciences in Little Rock and graduated there with his doctorate in medicine in 1957. After his internship at Hillcrest Medical Center in Tulsa, he served his residency in anesthesiology at Wilford Hall Hospital in San Antonio, Texas.

He served his country in the United States Air Force where he obtained the rank of captain.

In 1964, Dr. Christman moved back to Tulsa, where he entered private practice in anesthesiology at St. John Hospital. In 1981, he relocated his family to Rogers and practiced with St. Mary's (Mercy) Hospital until his retirement in 1987. He was a member of the St. Vincent de Paul Catholic Church in Rogers.

Mass of Christian burial will be celebrated at 10 a.m. on Monday at St. Vincent de Paul Catholic Church in Rogers, celebrated by Father Jason Sharbaugh. Private inurnment will be in the St. Stephen Columbarium in Bentonville.

Memorials, in lieu of flowers, should be made to St. Vincent de Paul Catholic School, or St. Vincent or St. Stephen Catholic churches.

Cremation arrangements are by Rollins Funeral Home of Rogers.

Online condolences may be made at www.rollinsfuneral.com.