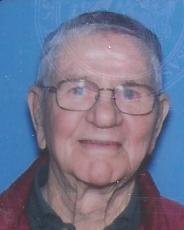 A 1948 graduate of Fairfield, Iowa, High School, he enlisted and served honorably in the United States Air Force.

Dale Manchester and Ruth Darlene Reneker were married April 3, 1954, at the First Christian Church in Fairfield, Iowa. They are the proud parents of daughter, Cheryl Kay Cevenk, of Plano, Texas.

Dale worked for a natural gas pipeline in Iowa and then transferred to Oklahoma until his retirement in 1985. The next move was to Bella Vista, Ark., but Dale never really retired. He was a volunteer and employee of the P.O.A. for years, serving in Crime Watch, golf course worker, square dancer, lifetime member of Bella Vista VFW, several golf groups — notably the "Oldies" and the "Thirsk Neighbors."

There will be no services held in Bella Vista.

A donation to the Salvation Army was his only request as a memorial.