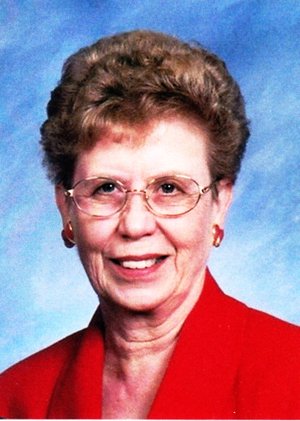 Wanda helped take care of her siblings as a young girl. After getting married in 1955, she took different jobs through the years to assist with the family income while helping raise two children. Later, she worked in the shoe department at Wal-Mart in Rogers for the last 27 years.

Wanda was devoted to her husband, Darrell, her children, Sherry and David, attending her church and as many of her grandchildren's activities as possible while they grew up. It was a very common sight to see both Wanda and Darrell sitting on the sidelines of many baseball, football, basketball and soccer games of their three grandkids.

Friends of Wanda knew all too well how much she loved her kids and grandkids. Family was a very important focus in Wanda's life. If you were to ask any of the three grandkids who influenced them a lot through their youth, they would tell you it was Grandma and Grandpa.

Family and friends will never forget the difference Wanda made in their lives.

Funeral services will be held at 2 p.m. on Friday at the church, officiated by Pastor Alan Johnson. Wanda will be laid to rest in Rogers Cemetery next to her beloved Darrell.

Memorials, in lieu of flowers, should be made to the Rogers First Church of the Nazarene Building Fund, 4911 W. Pleasant Grove Road, Rogers, AR 72758.

Arrangements are by Rollins Funeral Home of Rogers.

Online condolences may be made at www.rollinsfuneral.com.