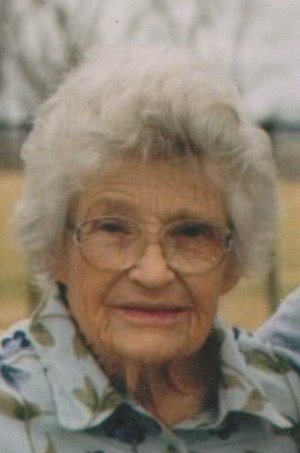 Fannie had a passion for quilting, bird watching and flowers, especially violets. She was a member of the Church of Christ in Lubbock, Texas. She and her family lived in Lubbock for many years, where they were members of the Southside Church of Christ. When they moved to Arkansas, they dairy-farmed in Centerton until retiring, then moved to Bentonville.

She is survived by her three daughters, Dorothy Boughan of Bentonville, Saundra Smith of Bella Vista and Maxine Bolton of Lubbock, Texas; 12 grandchildren; 15 great-grandchildren; and two extended children, Kathline Price and Charles Price, both of Fayetteville.

A funeral service will be Friday, May 10, 2013, at 10 a.m. in Rollins Funeral Home Chapel, Rogers. She will be buried near her son, Sonny Walters Jr., in Benton County Memorial Park following the service.